The Extraterrestrial Mystery of Sinaloa 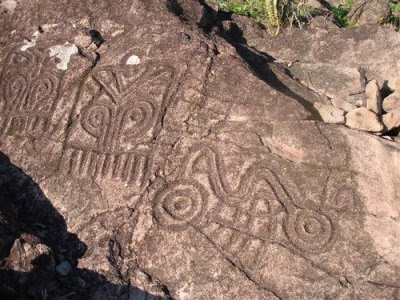 MEXICO. On January 4, 2012, in the region of Sierra Madre, in Mexican state of Sinaloa, the fall of a meteorite sparked new speculations about the possible activity of extraterrestrial entities among scholars in the area of ufology and exobiology.

The interest is due to the fact that the fall of the meteorite in Sinaloa is considered an extraordinary event. With this case, already are three records in 138 years, what experts consider excessive coincidence statistical in the scientific point of view.

Astrophysicists tried to locate the object within its possibiliades. The crash localization, besides being difficult to access because of the hostile topography, is a place used by Mexican traffickers for cultivation of marijuana.

The director of the Centro de Ciências de Sinaloa (Science Center of Sinaloa), Labastia Rocio, said ... people say they saw the meteor break up into several parts. The technicians who flew over the area saw two flames.

In 1874, at the town of Bacubirito - located in the state, there was the fall of a meteor of 20 tons. In 1994, another, smaller, fell in Sierra Madre. The frequency of these occurrences in the region has intrigued scientists, who investigate the possibility of existence of a magnetic field that propitiates these events in the area.

The archaeologist Bernardo Ortiz also highlights the discovery of numerous petroglyphs in Sinaloa - ornamented with images that can be associated to extraterrestrials.

In recent years, the inhabitants of Sinaloa have reported frequent sightings of UFOs and other phenomena of suspect nature. Ortiz believes that the paintings attributed to pre-Columbian cultures may be related to the presence of extraterrestrials from the most ancient times.

Another archaeologist Joel Santos Ramirez, said yhat these paintings, usually, found on banks of rivers and streams, are timeless abstractions of reality. The drawings are anthropomorphic, zoomorphic or geometric forms - and represent solar phenomena using lines, dots and spirals.