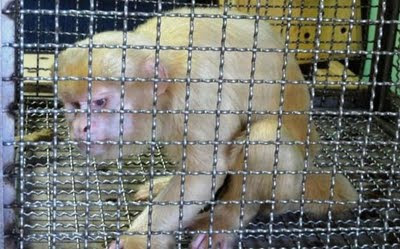 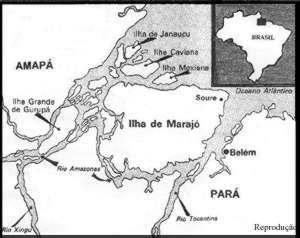 Image of Our Lady appears on tree trunk 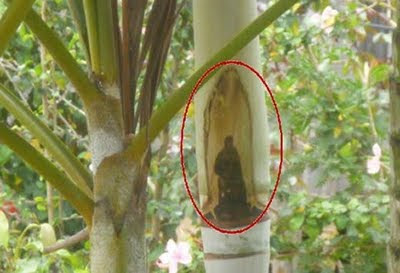 MATO GROSSO state/BRAZIL – In the city of "Novo Aripuanã", located at the banks of Madeira river, Bolívia neighborhood, on Sunday (12/06/2011), a image of Our Lady, the Virgin Mary, appeared on trunk of a palm tree, in the backyard of a residence. Since the local population took knowledge of the apparition began a pilgrim to the place.
The Police had to isolate off the area because some, most fanatical, were plucking slivers of the tree trunk (hence the white area, on the trunk, around the image). Meanwhile, the Diocese of Borba announced it will send a technical team to evaluate the supposed miracle.
LINK RELATED: Santa Image appears on a Buriti Tree. Piauí state. BRAZIL, 06/11/2009.
SOURCE: Romaria ribeirinha para ver "Aparição" de Nossa Senhora numa palmeira em Aripuanã.
IN Blog da Floresta, published in 13/06/2011
[http://www.blogdafloresta.com/cidades/5040-romaria-ribeirinha-para-ver-qaparicaoq-de-nossa-senhora-numa-palmeira-em-aripuana-.html] 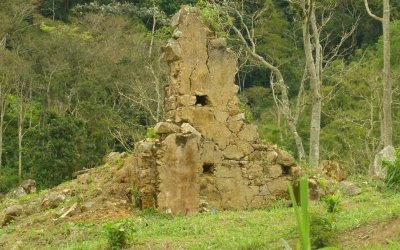 The coordinator of the Park, Luiz Felipe Younes, says that there are legends associated with the destruction of the ancient city: The man who imploded the main church stood hump.The people say that after the city submerged, appeared certain trees in the city that are known as mulungus and give red flowers. Local people believe that is the blood of residents unhappy with the end of the place. Photo: Ruins of the church.

RIO DE JANEIRO state/BRAZIL – At the Parnaiba river valley region, Rio de Janeiro state, the colonial ghost city of São João Marcos that, for 70 years, has been half submerged, since the build of a dam, and half in ruins covered by atlantic forest is being brought back to life through the action of SPHAN (Serviço de Patrimônio Histórico e Artístico Nacional - National Service of Artistic and Historical Patrimony), that created in the local the first Urban-park-Archaeological and Enviromental of Brazil.
Today, the new Park area belongs to the city of Rio Claro (RJ). In the past, it was the city of São João Marcos. Founded by colonial explorers, the called "bandeirantes" (flaggers) in 1733, the place developed quickly. It was a center of coffee agriculture. Reached to produce two million kilos per year. It was the richest town in the state of Rio de Janeiro. In the eighteenth century it had theater, school, police, roads. Slaves and Barons and had their own churches. Artists and actors and singers of artistics companies visited St João Marcos.
In the nineteenth century was the most populous county in the state. It was the first architectural ensemble of the country listed by the Instituto Estadual do Patrimônio Cultural (State Institute of Cultural Patrimony, Inepac) in 1990. Still, in 1940, under the government of President Getúlio Vargas, the city was doomed to be swallowed by the waters in the name of progress: the expansion work of the dam of Lajes. Because the state needed more energy to grow 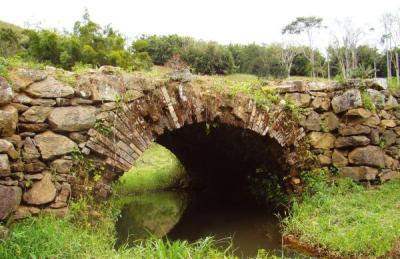 More than 70 farms were submerged. What escaped of the flood was quickly demolished by the authorities. The initiative to create the park was of the same company that was, a once, responsible for building the dam that destroyed the place. The Light, which invested 5 million and 800 thousand of reais in the recovery of the ruins
During four years, the work of archaeologists, historians, museum curators, architects, landscapers recovered, in 930 thousand square meters, buildings and structures, as the ossuary's Church, the base theater Tibiriça, stretches of the old Imperial Road, stone bridges in addition to about two thousand pieces discovered in excavations such as potteries, coins, personal objects, porcelains and more.
The Park's facilities also include forest area, water mirror, a Memory Center, an exhibition of historical and archaeological pieces, a model, miniature of the original city, a permanent display of historical and cultural elements, portraits of epoch, an amphitheater and a cafeteria.
LINK – Parque Arqueológico e Ambiental de São João Marcos WEBSITE

The quadrupedal chick of Bahia 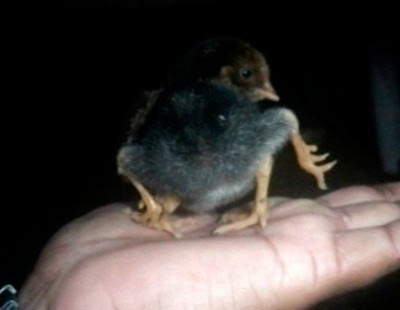 BAHIA state/BRAZIL – At the locality of Matinha, district of the city of Feira de Santana, 108 km of the capital of Bahia state, Salvador city, a chick surprised the population. Mutant, borned four-footed, quadrupedal, the animal has less than a week of life and veterinarians belive that the creature will not be able live for much time more.
SOURCE: Ave quadrúpede desperta curiosidade no interior da Bahia.
IN G1, published in 11/06/2011
[http://g1.globo.com/bahia/noticia/2011/06/ave-quadrupede-desperta-curiosidade-no-interior-da-bahia.html]


BAHIA state/BRAZIL – In June, 7 (2011) – in the Agricon Farm, located in the district of Cumuruxatiba, Prado city, extreme south of the state of Bahia, a female calf birthed with two heads.

Despite appearing to be well, without respiratory problems, the animal can not stand on feet, on their limbs, because of the weight of the heads. This problem must cause the death of the creature.
SOURCE: Bezerra nasce com duas cabeças no interior da Bahia.
IN Correio 24 Horas, published in 08/06/2011
[http://www.correio24horas.com.br/noticias/detalhes/detalhes-1/artigo/bezerra-nasce-com-duas-cabecas-no-interior-da-bahia/] 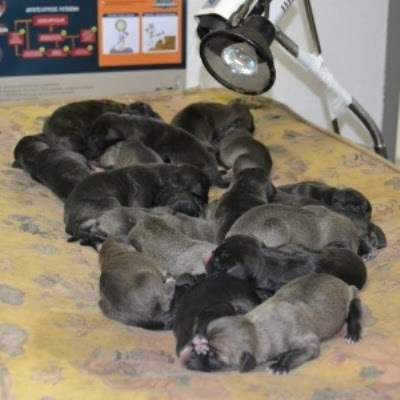 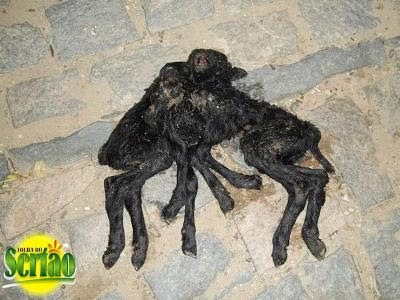 PARAÍBA state/BRAZIL – May, 25 – 2011. In the Sítio of Curral Velho, zona rural of 'Tapada São José da Lagoa' city, Paraíba state, A burrego (a little lamb, a lamb pup) born with eight legs and two bodies connected to an unique head.
Joao Pereira de Souza, a sheep breeder, pet owner, while was accompaning the birth perceived something unusual. The baby lamb had a serious problem. In fact, the cub was abnormal - with their two bodies and eight legs. It died. The mother resisted and survived.
SOURCE: Ovelha nasce com oito pernas e dois corpos ligados a uma cabeça no Sertão do Estado.IN PARAÍBA.COM.BR, published in 26/05/2011
[http://www.paraiba.com.br/2011/05/26/70567-ovelha-nasce-com-oito-pernas-com-dois-corpos-ligados-a-uma-cabeca-no-sertao-do-estado] 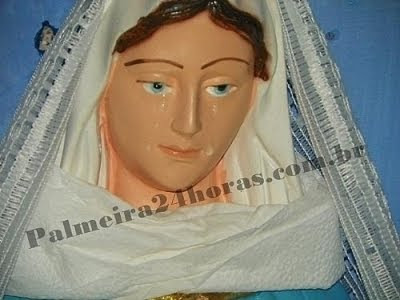 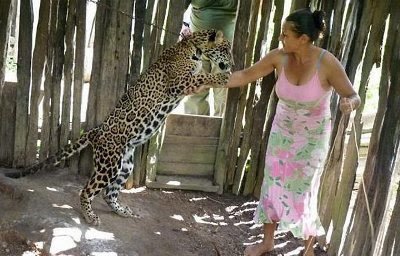 
RIO GRANDE DO SUL state – Friday, may, day 20 – 2011. On the crossing of the roads BR 290 and BR 153, in direction of the cities "Minas de Camaquã" and Bagé, a team of ufologic research self-named "Projeto Protal" (Portal Project) witnessed the evolutions of an luminous object at the sky. The episode occurred at the sunset. The team made a video on wich appears, yonder the spaceship, of course, the president of the Project Portal, Mr. Urandir Fernandes de Oliveira a controversial name of the brazilian ufology.
Considering themselves like experts in exobiology, the researchers identified the spaceship like being a Gêmus type, that is associated to one of the 49 extraterrestrial kinds of beings catalogued by these ufologists. This especific kind of ETs transits on the magnetic field of the Earth. They are creature belonging to the third Dimension and have a very advanced tecnology.
Link: The mysteries of Little Brook city (Corguinho)
SOURCE: Pesquisadores do Projeto Portal filmam OVNI no RS.
IN Brasil-Wiki, published in 31/05/2011
[http://www.brasilwiki.com.br/noticia.php?id_noticia=42750] 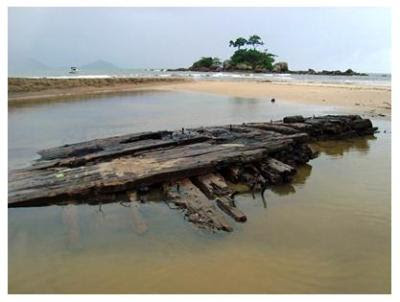