The Yellow Fog of China 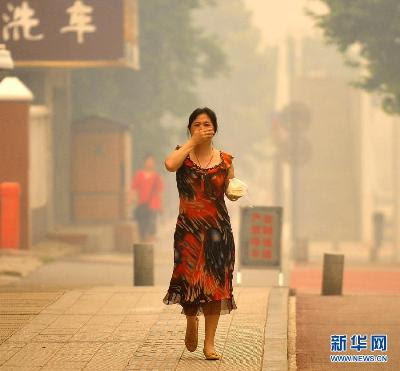 CHINA. On Monday, June 11 (2012), the Chinese city of Wuhan dawned surrounded by a thick yellow cloud. There wasn't a sandstorm - like that which happened at country last month (May). There was no fires in the city. It is not the result of dispersion of smoke coming out of chimneys industries of the region. The heavy yellow fog of Wuhan is a mystery. 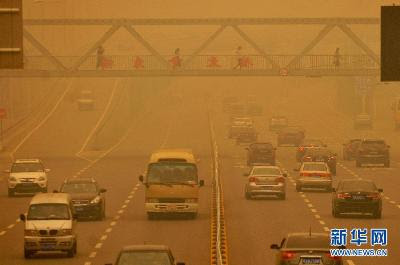 A citizen, Li Yunzhong, told the French newspaper Le Monde: We feel uncomfortable because we don't know what is it. Between 10 and 10:30 am, looked out the window of my office and I could not believe my eyes. I live in Wuhan there is 31 years and have never seen anything like it.

Yunzhong described the phenomenon as an opaque fog and apparently sulphurous, with a color between yellow and green.

The visibility stood limited to 500 meters. The flights and even the ferry rides were suspended. The fog was still there until Tuesday, June 12, according to Italian newspaper Gaia News. And the Xinhuanet News Agency published photos of the phenomenon in this wednesday (13/06/2012).

According to the provincial department of environmental pollution, the cloud began to manifest itself in the atmosphere in the early hours of Monday, at about 2 o'clock in the morning and spread to seven cities in the province.

The equipments that monitor the air quality in Wuhan revealed that concentration of PM10 * increased quickly: the mean level of 0.15 mg per cubic meter rose to 0.57 mg in 2 hours.

* PM10 (micrometric particles) are one kind of fine inhalable particles with diameters of less than 10 micrometres (µm), and is an agent of air pollution. May penetrate the respiratory tract causing many respiratory diseases.

The site of the Consulate General of France issued a statement on its website, a warning: Local authorities have undertaken to inform as soon as possible (what is happening). You (French citizen in Wuhan and other) - should stay home as much as possible, close windows and avoid the use of air conditioners.

On the streets, people are wearing masks (the second Monday and Tuesday, 11 and 12 June). Netizens, in Twiter, speculate that the cloud is the result of a chlorine leak caused by an explosion in a factory.

Wuhan, capital of Hubei province, is the second most populous city in China, with its 9 million inhabitants. It is, indeed, an important industrial center where many foreign companies have installed their factories.

The Chinese Xinhuanet News Agency reported that the provincial government of Hubei explained that the fog mut to be simply the smoke from burning of straw waste - of the wheat fields after harvest.

The environmental protection department sent teams of specialists for different agricultural areas to warn farmers: to stop to set fire the fields. The strange is that for years the farmers have insisted in do these burnings but the phenomenon of yellow fog was never registered before.

Laboratory tests have been carried out hitherto disclosed and officially suffers from a high increase in pollutant concentration of carbon particles, which may be caused by the combustion of organic material.

The laboratory tests that were carried out and disclosed officially, hitherto - indicate a high increase of concentration of carbon particles - which may be caused by the combustion of organic material.