ISRAEL. In an Israeli settlement, hundreds of colonists were witnesses a strange phenomenon illuminating the night. The Channel 10 of television, TV ARUTZ, recorded the movement of a spiral of light moving rapidly. The object, or perhaps the entity disappeared leaving a tenuous spectrum of its passage. The video, posted on Youtube, is dated on June 7 (2012) according to the Gregorian calendar in effect in the West. 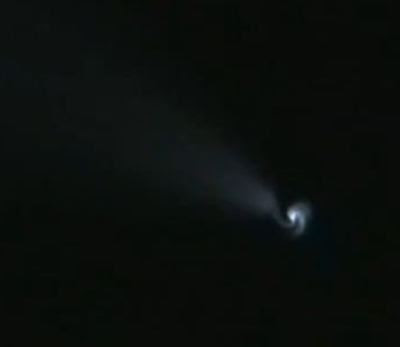 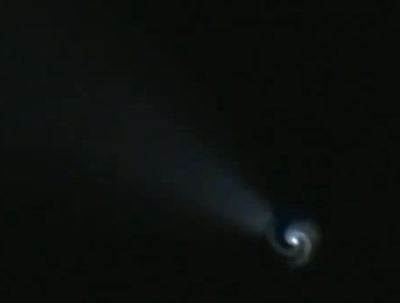 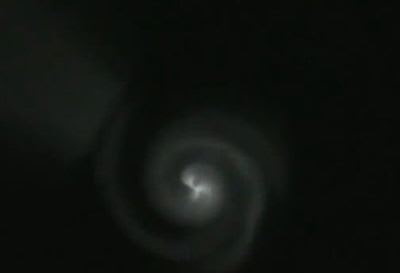 By a curious coincidence, also on June 7 last year (2012), exactly a year ago, another video, posted on Youtube, this - is obtained in Armenia, shows a kind of light stick moving in the sky night without that be possible identify its nature.

While ufologists define the object seen in Israel as a likely type of spaceship, an UFO, an occultist would dare to say that in this case, the bright object isn't an artifact, a mechanism,a russian missil (like some say) or spacecraft of any kind. It also does not behave like a celestial body, such as a comet, meteor or fallen star.

This enigmatic spiral - has a behavior more consistent with a being, an entity that can travel freely in cosmic space by overcoming the barriers between universes and dimensions. This entity may can be called angel, spirit or - as the hindu say, a Deva.

Is need to consider that not all the strange lights, that are been seen among the stars - are, necessarily, spacecrafts, comets, asteroids or meteorites. The same can be said of the luminous body whose image was captured in Armenia.