BRAZIL. Mato Grosso do Sul state. In the micro-region of Três Lagoas and neighborhoods of the Parana River, archaeologists from the Museu da Universidade Federal do Mato Grosso do Sul (Museum of Federal University of Mato Grosso do Sul), Emilia Mariki Kashimoto and Gilson Rodolfo Martinez, found evident traces of human occupation dated in more of 7.000 years. 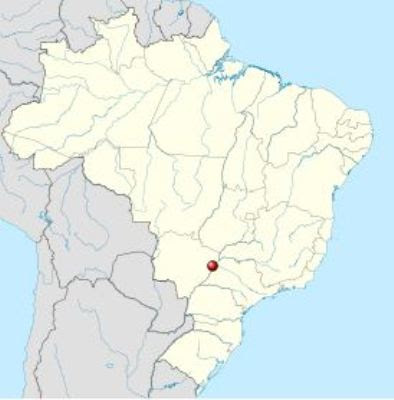 Três Lagoas city, located in the micro-region of Três Lagoas

In the study Arqueologia e Paleoambiente do Rio Paraná (Archaeology and palaeoenvironment of the Parana River, 2009) - researchers found objects that confirm the human presence and an established culture at the region there are 11,000 years.

Possibly, in the archaeological period called Pleistocene - or the Ice Age - prehistoric communities inhabiting the region subsisted of fishing and gathering of forest resources.

Only in Três Lagoas, there are 70 archaeological sites where scientists work since 1993. But, not only the Paleolithic tools were unburied, were found more recent artifacts too, like ceramics which were dated at 1.200 years.