Portuguese Ufologists Denounce Millions of Abductions at the World 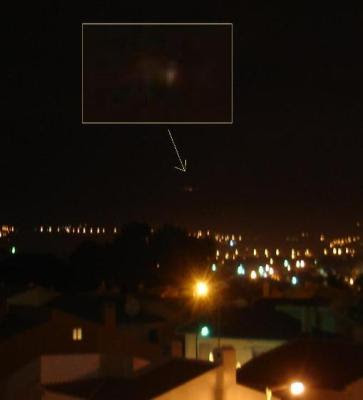 PORTUGAL. The UFO Research Association (APO - Associação de Pesquisa OVNI) estimates that about 105 million people already have been brought from Earth by extraterrestrials. There is an increasing of abductions, explained the president, Luis Aparicio, the TVI-24.pt.

According to the expert on UFOs, moreover the abductions, there are inverse cases, when babies, are generated in the spacecrafts laboratories in genetical experiences realized in earthly women. These babies are reproduced in the millions, a mix between humans and aliens, hybrids with magical powers (super human powers). "here are millions of pregnant women on earth without explanation,"he noted.

The president of the association ensures that ..The greater evidential of the veracity of the abductions in Portugal is the very intense traffic of UFOs - that has been registered. We have found many evidences. At a place called Fountain of Tile, for example, there are, along many years, records of an intense activity of the UFO phenomenon, as sightings - said Luis Aparicio.

He added: When people return abductees, ...say come to earth with a mission... and even Jesus Christ and other preachers may have been aliens who came to announce something supernatural. 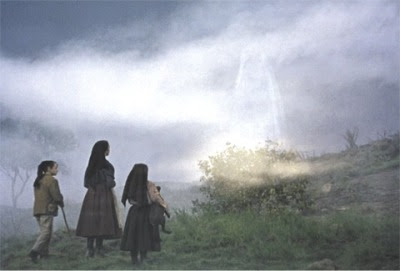 About the miracle of Fatima in 1917, the APO explains the event as a extraterrestrial action. They call it a "Marian apparition" a vision of Mary. What happened at Fatima was was an alien interference... with the goal of to influence the public opinion about what was happening in the Soviet Union, where the practice of the catholic religion had been banned.

Many among the ufologists believe - even being a thinking of the human perception of the noetic reality - the religion, specially the christian religion - has been used by aliens as an instrument to control the Humanity.

He added: When the abductees return, They begin to say that they are at the Earth with a mission and even Jesus Christ and other preacher may have been aliens who came to announce something supernatural. About the miracle of Fatima in 1917, the Association has its own explanation that are share with other researchers of the world.

Religious persons, they really believe that this episode was a "Marian apparition", a vision of Mary. But: What happened at Fatima was the utilization of resource of aliens to influence the public opinion... specially about the russian politic situation of the epoch. The message of Fatima had a strong emphasis in the fact of the catholic religion to have had their public practice prohibited in that country - or better - in the Federation, in the Soviet Union. And the church appropriated of the event.

The president of the Association portuguese of ufology emphasizes - yet - the increase, recent, of cases of cattle mutilation. He comments: They are abducting the animals too and extracting their organs; then they throw the bodies back on Earth. 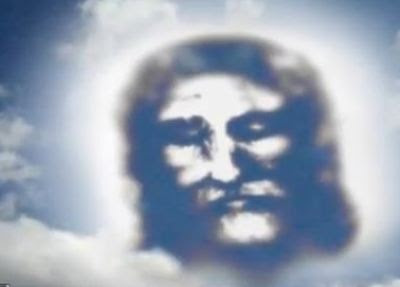 This image was obtained in a video posted on Youtube on 03/10/2011. The legend speculates: Is it a miracle? Is it the second coming of Jesus? Or something else? Bluebeam? HAARP? FAKE? Hoax? [http://youtu.be/P_WrhhQ2C4g]

About this subject, extraterrestrials and religious manipulation, since 1994, conspiracy theorists have been warning about a strange project: the Blue Beam Project, whose purpose is to establish a new world order. The project includes the extermination of what is considered a useless surplus of the world population on the planet through different artifices: epidemics, manipulation of the ecosystem, wars, for example.

Among the actions planned in this project there is - supposedly - a religious in nature:  providence the long-awaited return of Jesus by technological means. This miracle would be accomplished by projecting holographic image of the Messiah, in the sky - the emission of his voice, announcing the Last Judgment and the inevitable mass mortality of human beings. An extermination that everyone should accept as the fulfillment of God's will.

There are many texts in the Internet that talk about this project with details. In one of them is written:

Project Blue Beam is a program prepared to project religious images in the sky in a hologramatic presentation... With new super-computer technologies, it will be possible for super-computers and satellites, the interaction with your brain (with your believes,your faith) - from space and using a voice that all will think that is the voice "God"...  while will be seeing "Jesus" in the sky!
PROJECT BLUE BEAM,2002.
[www.bibliotecapleyades.net/sociopolitica/esp_sociopol_bluebeam02.htm]

Another text, with many detail is this: More on Project Blue Beam: Jesus is Coming-Kill the Enemies of God. MONAST, Serge.
[http://educateyourself.org/cn/projectbluebeamrelatedA01feb99.shtml]. IN Project Blue Beam.

This author, Serge Monast (1945-1996) published his text in 1994. He was a journalist. According to the Conspiracy theories, Monast was murdered because of their denounces. In the introduction to the text, is said, too: Prior to his death, the Canadian government has abducted Serge's daughter in an attempt to dissuade him from pursuing his research into Project Blue Beam.