The mushroom cloud over Beijing 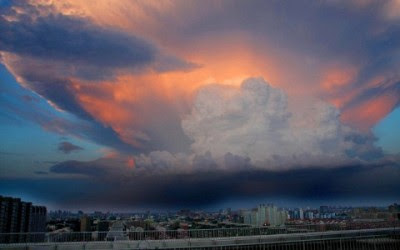 CHINA. In the last weekend (june, 16  to 17 - 2012), a strong ray storm, appeared on the Beijing sky. Then, a giant cloud began to take form. A strange shape, similar to a fungus, of mushroom type, like what that is produced after a nuclear explosion.

The panic spread among many of the people that were afraid the phenomenon could be the begin of something of worst but, how ever, officials said it was a natural phenomenon and did not pose any risk to the population. 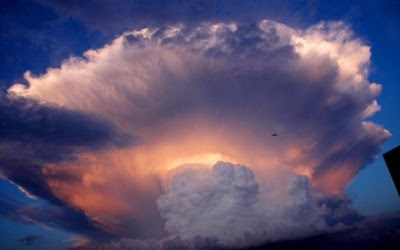