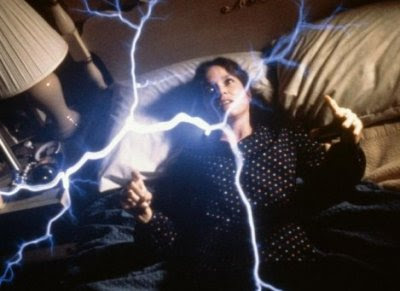 ARGENTINA. With the voice of the little girl who was many years ago, a woman, a medical, evokes the memory of a trauma that stays hidden in the deepest level of your mind. The memory a remembrance that was recovered through hypnotic regression.

During the session, there is no doubt she's facing someone with an different anthropometry (an appearence) from an ordinary human being: it has many large eyes, wide eyes and appeared many times at his home when she was a child. They were unpleasant situations, frightening, but over all - they were real.

Parapsychologist, Miss Liliana Flota, that search the supernatural, has accompanied these case among many, that were attributed to the visitors of dormitories (visitors of bedrooms) that are so called of this form because the bedrooms are the places where they appear more often, creatures whose origin can be extraterrestrial or a parallel dimension to this, where inhabits the earthly Humanity.

L. Flota studies these cases since the 1990s, when a series of similar episodes began to be reported in the metro district of Villa Devoto. She believes that the appearance of these beings is associated with ... a search for energy resources, which the source, for them - is the blood of humans.

Throughout its investigations, Flota might, finally, define a specific area where the attacks happens: the region of Florida, Olives and Martinez, in the north of Buenos Aires (Argentina). Visitors appear in bedrooms, almost ever, at night - when they find their victims alone. Then, draw blood without the presence of witnesses.

Throughout its investigations, Flota, finally, got to define the specific area where the attacks happen: the region of Florida, Olives and Martinez, in the north of Buenos Aires (Argentina). Visitors appear in bedrooms, almost ever, at night - when their victims are alone. Then, they extract the blood without the presence of witnesses.

They are the Silent Invaders. In addition to preferring the isolation of the bedrooms, these creatures seem, also choose their victims by gender and ethnicity: In most cases, white women are victimized.

As proof of his predatory action, leave marks and injuries on the bodies, indicating that these people suffered, indeed, some type of clinical and/or surgical intervention, what is confirmed also by tests that indicate a significant loss of calcium, iron and magnesium.

Another remarkable detail is that a high percentage of patients visited are of the same group and blood factor, Type O - HR positive and, in many cases, more than one member, of the same family, suffered the attacks.

In a next step in your research, try to find parapsychologist was extracted from blood or contact with these strange imply any change in the DNA of the persons addressed. Something like a possible genetic mutation. Mutation prior, of the own victim, or after the victim's contact with the strangers.

One of next steps of the research, will be try discover if the extraction of the blood or the contact with these strange imply any change in the DNA of the persons addressed. Something like a possible genetic mutation. A previous mutation, of the own victim, that can be a factor of selection,as the blood type appears to be or a mutation acquired after the victim contact with the creatures.

Flota also discovered that ... The houses where the episodes occurred are located in massive electromagnetic fields which are detectable in the persons who was attacked too. In these houses, still - the clocks showed irregularities, desregulations as if time had passed for some kind of alteration.

Flota also discovered that ... The houses where the episodes occurred are located in massive electromagnetic fields which are detectable even in the persons who were attacked. In these houses, still - the clocks showed irregularities, as if time had passed for some kind of distortion or inversion.