Prepared for the End of the World 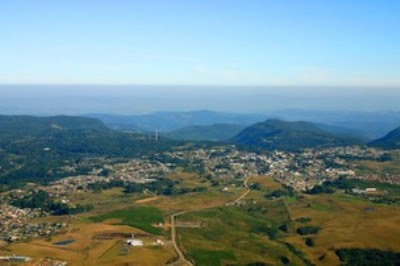 BRAZIIL. At Rio Grande do Sul state, the city of St. Francisco de Paula, is to 112 km distant of Porto Alegre (capital of the state) to 907 meters above sea level. Considering this characteristic, the altitude, the prefect Decio Colla, who is a scholar of geophysics and astrophysics, is touting the city as a adequate place to escape a possible end of the world - according to the Mayan calendar. The "End of a Time" that can occur on December 21 this year (2012). 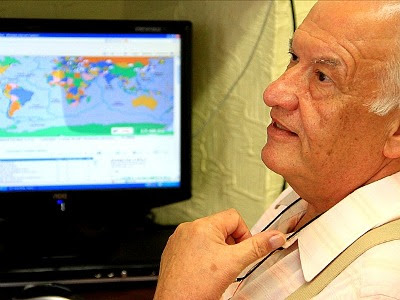 Decio Colla, the prefect: Is important to be prepared
Mr. Colla claims: ... the first world countries are preparing for possible disasters ... We can not wait anything happens. We must act ... He said the city already receives new residents. Persons who fear seeing confirmed the prophecy of the Maya. He don't know - yet - the number of the people that already arrived. If I could, the prefect ensures - he already would taken providences - for protection better the population.
As a public man, it is difficult to do anything at the moment. I can not stock the school lunch because I have to submit accounts zeroed at the end of each month. Even those who do not believe, they should be prepared. There are numerous factors that lead us to think that this can be confirmed. In other countries this concern already exists, but not in Brazil. We are not even paying attention in solar storms that affect our planet" he warned. 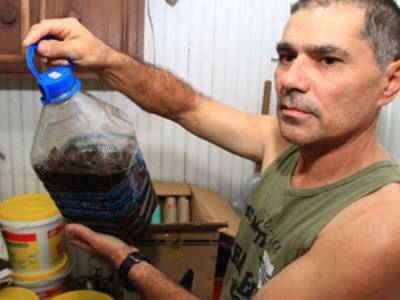 Trader in the city, Luiz Henrique Valim is an example of someone who has already took some providences for the case of any disaster that come to happen. At home, he claims to have a stock capable of feeding 50 people for a year. According to him, are 108 kg of rice, 40 kg of beans , 108 meters of textile fabrics, among other things

In addition to be prefect of San Francisco de Paula, Decio Colla is also a physician and works in hospitals in the mountainous regionof the state. For him, these solar flares hitting the earth can be an indication that the planet is entering a new phase. "Someone that is a biophysical knowsthat our whole planetary system is changing. With these changes, it is possible the occurrence of natural disasters ."

By being well above sea level, is very difficult that a tsunami come to reach the Serra do Rio Grande do Sul. Still thus, the mayor saysthe region is not free from danger. "What can reach the Sierra are tremors, storms, things of that nature. Anyway, we must be prepared," he says. "It is clear that each one takes its decision. What I want is to have a clear conscience, because if I have a lot of information, I have to pass them" - he added.
SOURCE: REBELLO, Vinicius. Prefeito mobiliza São Francisco de Paula, RS, para 'fim do mundo'. G1, published in 14/03/2012
[http://g1.globo.com/rs/rio-grande-do-sul/noticia/2012/03/prefeito-diz-que-cidade-do-rs-recebe-moradores-para-fim-do-mundo.html]