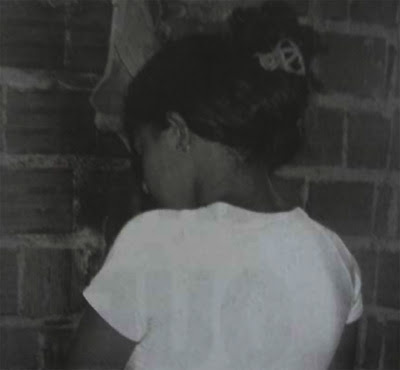 
PIAUÍ ─ In august, 2009, The Meio Norte [Mid North] newspaper published a article about an paranormal girl that puts fire on things around herself. In the last seven months the life of the family changed entirely.


A couple of peasants, Mr. Francisco das Chagas, his wife Maria Ribeiro, also known like Maria Preta [something like Black Mary] and their daughter, who has 13 years, are being tormented by supernatural phenomena. Appliances, clothing, cereals and other objects, including the house, begin to burn out 'from nothing'.


The family has moved three times. They are very poor, then, this third home is a hut of straw and clay, what still worsening situation. Often, the neighbors have to help the family extinguish the fire.

The incidents began between february and march of this year [2009], when the first house was stoned for many times. This would hapened ever that the girl and her grandmother were alone, at home. One day, without apparent cause, the house caught fire.

Neighbors were able to rescue the girl and her grandmother of middle of the flames. That was the first of many fires. Experts, including these that work with health are considering that the cause of the phenomena can be a poltergeist.


The poltergeists are disturbed and disturbing spirits. They tend to use the energy of children and adolescents to move objects or to produce spontaneous combustion. Many are violent. The girl also tells to hear a voice she recognizes as being of his maternal grandfather. The spirit says that she should kill their parents using a knife. This grandfather was murdered 12 year ago.


For the girl, the situation becomes more difficult each day. At school, her book of notes caught fire. The incident caused panic among students. School classmates has avoided contact with her and the girl doesn't no more attends classes.