Saints, from sacred to profane 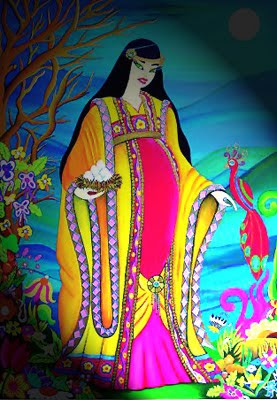 The Saint Patience, by Marta Oliveira

SÃO PAULO ─ In this november, 26 [2009] ─ at São Paulo state, in the cultural space House of Portugal was inagurated the Itinerate art exposition Todos os Santos, do Sagrado ao Profano [All of the saints, from sacred to profane].
The exhibition gathers paintings by 28 artists were commissioned to create figures of the saints that inhabit the popular imagination. This exhibition shows the most popular between canonic saints, Some of these canonic saints, despite they recognized by the Catholic Church are saint that belong much more to the realm of the legend than to the History, as St. Expedit, Saint George, for example.
However, beyond these "official saints" the exposition includes images of very special saints. They are the saints who inhabit the language of the people in metaphors of good-humor and, also, the very personals saints that some of the artists.
Feelings, situations that are personified as thought figures that were conceived in the context of their own lives. Among these saints that don't exist can be found: The Saint Patience, The Ignorance Saint, The Saint of the Hollow Dick, Saint Never! At São Paulo, the exposition ends in january, day 6. After this, the exhibition will go to Cintra city, Portugal. SEE MORE HERE 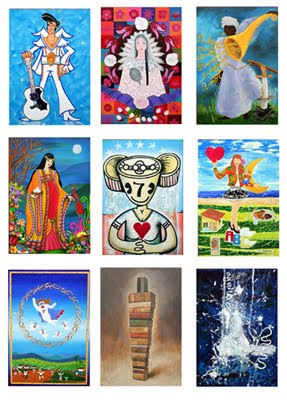