The Extraterrestrials chips at Quixadá 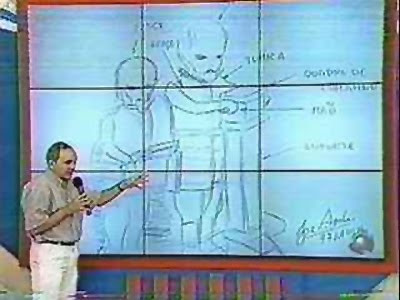 CEARÁ ─ May of 2004. During an UFO Symposium, that happened at Quixadá city, the academic José Agobar Peixoto [photo], professor at Universidad Federal do Ceará [Federal University of Ceará state] and researcher of UFOs for fourthy years, did a bombastic reveletion:
We discovered in our research something unprecedented in world ufology! Dozens of citizens quixadenses chips implanted in their bodies. These chips are extraterrestrial. Their technology are very advanced. The chips are used to monitor individuals and the environment around. There are another cases at the world but are isolate episodes. We haven't knowledge of a city with a so great number of people who present this peculiarity.
Mr. Agobar explained that there is a galactic portal of space-time opened at a place called molitics of Quixadá. Mr. Agobar explained that there is a galactic portal of space-time opened at a place known like Quixadá monoliths. This is the cause of the great number of cases.
Definitely, Quixadá is on the Ufology map. The city has records cataloged more than 300 sightings of flying saucers and aliens and can be considered the UFOs's capital of Northeast. Local administrative authorities are celebrating the visit of the flying saucers. The fame of Quixadá has attracted curious and researchers from around the country.
During the Symposium were presented lectures and videos. Nevertheless what most awaked attention was the testimony of the farmer Mr. Antero Francisco Ricardo, a resident of the city of Massapê. He was abducted several times. Antero Ricardo says that after of the abductions he acquired X-ray vision: Now, I can see broken bones and sore muscles. I can ease the suffering of people with the help of my spiritual masters.
Source: Quixadaenses podem conter ‘chips’
In Diário do Nordeste publicado em 05/28/2004
[http://diariodonordeste.globo.com/materia.asp?codigo=165135]