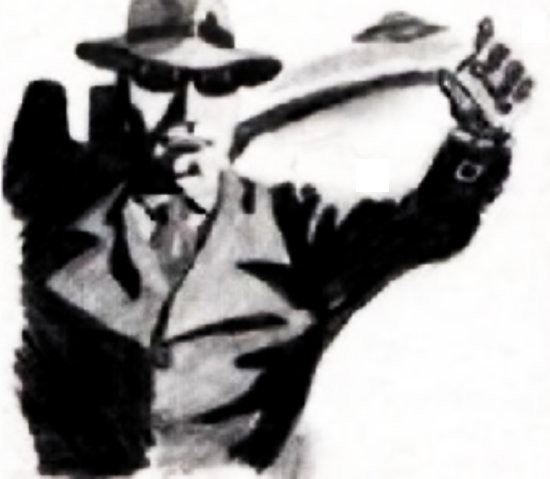 ARGENTINA. It happened on a Sunday, around 10 am on June 24, 2012. In the vicinity of the town of San Antonio de Padua de la Concordia - department of Concordia, Entre Rios province, in the Aeropuerto Comodoro Pierrestegui (airport Concordia), a couple who usually will go to the site in weekends witnessed a strange episode. 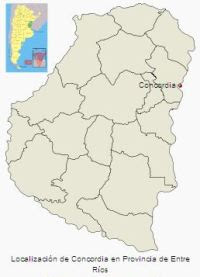 The woman, who fears to be ridiculed and therefore is identified only by first name, Claudia - says she and the husband had observed a "man in black" and a small plane. The man drew attention not just for his clothes, completly black in a sunny day, but also because it was extremely tall, measuring over two meters of hight.

He had a thin and elongate face, legs and arms very long, short hair and strangely red - that was visible because he wasn't using hat, pale skin, wore dark glasses with round lenses and their movements were mechanized, walking in slow steps, like a robot.

In the words of the witness ... he did not come in any car: walked in direction of the aircraft, carrying two suitcases, one in each hand. Approaching the plane, did put inside it the suitcases and then the whole scene - simply - disappeared.

The ufologist and owner of the Museo OVNI (UFO Museum) in the city of Victoria (also located in the province of Entre Rios, department of Victoria), Silvia Perez Simondini, who heard the witnesses, investigated the fact: according with the operator of the flights control tower, which also prefers to remain anonymous (everyone has fear of ridicule), the airport radar only recorded a takeoff in that day.

The ascertainment of the activities at the airport on the day of the event noted: there were two aircrafts stopped - one, the plane of the governorate and another of a certain Mr Moron, from the province of Buenos Aires, who arrived in Concordia on Friday, June 22 and took off at 12:30 pm, on Sunday, long after the observation of the witnesses (10 of the morning). Only around 1 pm, some airplanes - of a flying school of Santa Fe - landed.

The operator confirmed the information to the police, who was notified about the incident by Matías Hojman, broadcaster who presents the program 5-La Pata, the Oíd Mortales radio, 88.9 Mhz - Concordia's city. In an interview for another radio station, El Entrerios (elentrerios.com) Simondini commented:

In 1998, we had a case similar to this, with the same kind of man, in downtown Victoria ... This is happening worldwide. These people [men in black] who do not maintain contact with humans and are distinguished by appearance and way to walk.

We do not know much about them ... but they are related to something of extraterrestrial. Their presence is often associated with the appearance of UFOs. We suspect that they use holograms to create an illusion of reality to hide what actually is happening.

THIS NEWS IN PORTUGUESE