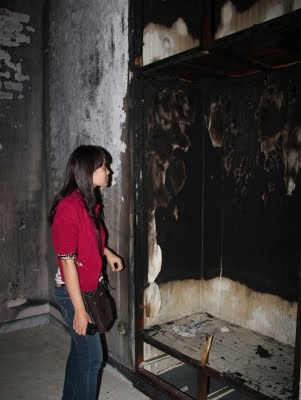 Residence of T. ..: Third floor, destroyed. The bed and the wall.

VIETNAM. She has 11 years old, identified only as T. .. and can be, more appropriately called "radioactive girl" or "Flammable girl" (Girl Flammable), as defined in the headline of the Vietnamese newspaper, Tuoitre.

Led by researcher at the HCM City-based International Univertsity of Hong Bang, Dr. Nguyen Manh Hung, a team of scientists from different fields of science. They are examining the case and visited the girl's home, located in Tan Binh District, the city of HCM (former Saigon). 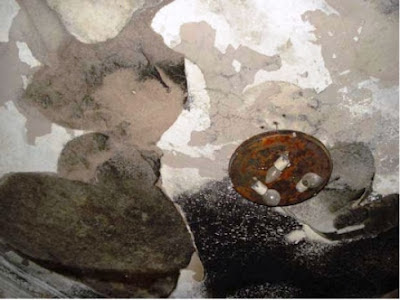 Dr. Hung has confirmed that the young girl is able to burn anything and admitted: It is a very strange case in Vietnam and the world.

Scientists eliminated the possibility that the environment could have some influence on the phenomenon. Have collected and analyzed materials as samples of soil, water and domestic objects of the house. 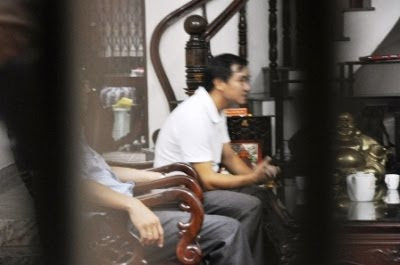 The father of the girl: scientists in home.

Dr. Hung after scan (digitize) the girl's brain discovered a strange line on the right side of the body, a formation that appears only in the brains of philosophers, artists and priests.

Hung explains further that: She can burn both objects that are close to her as others - distant. There is no limit given defined.

The scientist even said - that she had a red mark on the forehead of the which disappeared after she began wearing a quartz bracelet. The mark reappeared when the bracelet was removed. The use of the bracelet causes discomfort described as the passage of an electric current passing through the body, so was not possible continue to use it. 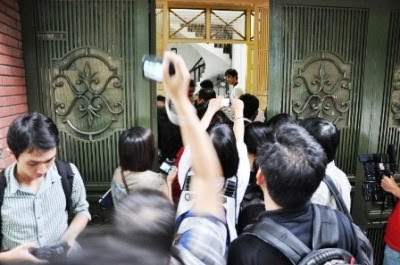 Journalists: crowded in front of the residence of "Fiery girl".

On Sunday (12/05/2012), the specialist in radionics of HCM, Dr. Du Quang Chau, told the newspaper Tuoitre that the anomaly (for common people) that was detected in the right hemisphere of the girl's brain also appears in very gifted people, endowed of great creativity and imagination.

He believes that this is the root cause of the phenomena. To control the power of the unusual patient, Chau recommended a kind of training to balance / control the sympathetic nervous system and the parasympathetic. The practice with discipline of regular exercises can make of T. ... a "normal" person.

THIS NEWS IN PORTUGUESE
[http://sofadasala-noticias.blogspot.com.br/2012/05/menina-inflamavel-do-vietnam-novas.html]