Horizons of the End of World: THE MANY NAMES OF NIBIRU, TESTIMONIES OF A COSMIC FORCE, REVERSAL OF MAGNETIC POLES OF THE EARTH & ELECTROGRAVITATIONAL RESONANCE 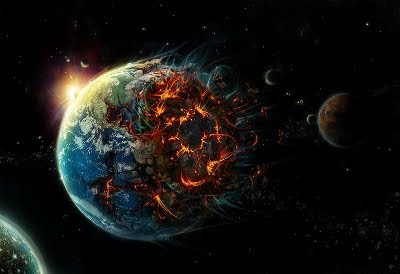 THE MANY NAMES OF NIBIRU

Nibiru, this mysterious celestial body is a reality in the headlines and in the sphere of thought and of the worries for a crowd of people, a fever of curiosity, a nightmare for many persons, in all the world.

But its truth, the truth of its existence and what it represents remains uncertain of something of obscure. Something that moves between scientific knowledge and ancient mythology reborned in postmodernity, a cosmic legend.

For millennia, long before the writer and philologist of ancient and dead languages, ​​Zecharia Sitchin have resurrected his myth, every culture on Earth has been referring to it with a different name and understood its nature cosmological in different conceptions, sometimes as a planet, sometimes as a huge comet.

In fact, this mythical orb has more than a dozen names - by which it was mentioned and / or predicted in texts that belong to the literature of various schools of thought along the History of the Humanity...

TESTIMONIES OF A COSMIC FORCE

This variety of names for a mysterious celstial body that periodically approaches the Earth causing natural disasters, the antiquity of the references to this myth, indicates, at least, that there is some truth in this idea.

To proximity of this celestial body is atributed the force that triggers global catastrophes that were recorded in the chronicles of many ancient peoples. Among these, perhaps the best known are the stories of the Floods, Deluges, the World Destruction by the waters like: the Mesopotamian Gilgamesh and reproduction Hebrew, the Flood of Noah.

In Anthropogenesis of The Secret Doctrine of H. P. Blavatsky, there are several passages that speak of these global disasters that change radically the face of the Earth by changing the configuration of the continents... Other authors refer to the same episode documented in records of antiquity...

REVERSAL OF MAGNETIC POLES OF THE EARTH 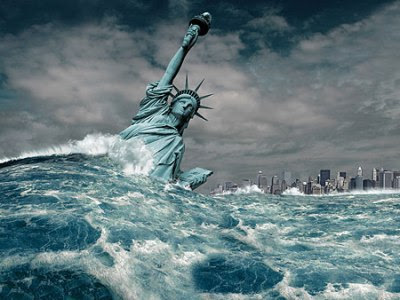 Despite all the speculations surrounding the arrival of the "Second Sun" a celestial body that could be the cause of the an End of Era, of this civilization, science, although he does not deny the advent of a planetary upheaval, also don't ensures that this event is a consequence of the approach of Nibiru or another celestial body known under any name.

However - there is a second hypothesis. The alteration or more specifically, the weakening of the magnetic field which permeates and surrounds earth. This change could indeed be the result of an approaching gigantic orb, but could also be caused by an unusual solar activity and also cyclical...

The great Globe Destroyer, the electromagnetic fury of the Sun - or both, together, these two potential nightmares that threaten the existence of mankind, these two possible "agents of the End of the World" even it's be scary, this can not be considered "man's work".

But while it is true that the Universe has its own rules and that sooner or later the earth and everything that lives in it will be destroyed anyway, there is at least a possibility that, indeed, human actions can be able to trigger the Apocalypse of current generation.

This possibility has a name: Super-weapons. Advanced military technology, or what has been called the Science Frontier ... Border between exist and not exist, between life and death. And this technology, which is a reality there, at least, a century also has a name, little known and mentioned even in textbooks common: eletrogravitational resonance - or scalar resonance... KNOW MORE, READ ALL

THIS ARTICLE IN PORTUGUESE:
[http://www.sofadasala.com/misterios/osnomesdenibiru.htm]