The Strange Bubble in Florida Sky 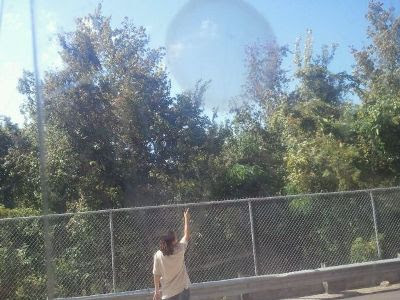 USA. 2012 has been a year full of unusual events. About the UFO sightings and strange phenomena in the skies of the world, ufologists claim that the frequency of these events have quadrupled over the last year

One such event, really enigmatic, happened on September 13 (2012) in the city of Clearwater - Florida, USA. Several witnesses who observed, photographed and filmed a gigantic bubble that appeared and stood hovering over the nearby forest described the phenomenon:

The object [or formation] seemed to be floating, moving to the west at an altitude muti nearby trees. It was mysterious. We thought it was a UFO. But it did not look like one.

Researchers are analyzing the images to try to explain the nature of the bubble but until now (in this September 2012), they did not reach any conclusion.

THIS NEWS IN PORTUGUESE
[http://sofadasala-noticias.blogspot.com.br/2012/09/a-estranha-bolha-no-ceu-da-florida.html]