The narcotic air of Italy & the World 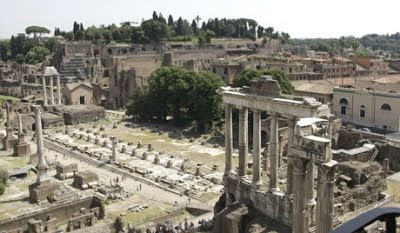 ITALY/EUROPE. A group of scientists from the Centre for the Study of Atmospheric Pollution, Rome, made an astonishing discovery: the air of the great Italian cities contains not only carbon dioxide and solid particles but also traces of narcotics - cocaine and marijuana.
The leader of the group of researchers, Professor Angelo Cecinato explained: The phenomenon was discovered while we were researching the ambiental pollution from various cities, particularly Rome.
Was then - that traces of cocaine were found in the atmosphere. The study more deep, extending the analysis area, geographically, and the more specific exams, including in other countries, revealed, in addition to cocaine, traces of cannabinoids (marijuana), nicotine and caffeine.
The main factor determining this type of pollution is the use of drugs, both banned and those released. The detection of these substances reflects a significant consumption in the regions where this occurred. The number of traces increases with the increase in population density in a territory.
In Italy, for example, concentration, not surprisingly, is higher in cities where the population consumes more of these drugs, as in the north of the country but - also, in the capital Rome and in the city of Naples. At Spain the situation is similar. Angelo Cecinato believes that, in South America the level of these pollutants in the atmosphere is, possibly - even higher.
SOURCE: O ar narcótico da Itália.
Voz da Russia, published in 16/04/2012
[http://portuguese.ruvr.ru/2012_04_16/ar-drogas-italia/]