Saturn moon has the strange shape of a spacecraft 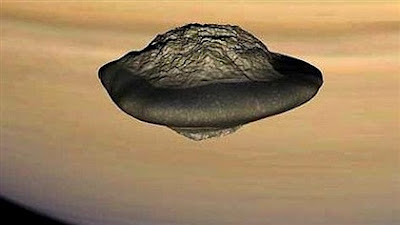 SATURN. The saturnian moon Pan was known but until now had not been photographed in detail. But a new photo, more recent, showed an astonishing image that reveals: Pan has a form of an UFO; a spacecraft.

The images from the Cassini probe are unprecedented. This moon, that was discovered in 1990, is one of the many moons that orbit within the rings of Saturn. It was more or least hidden, for the lens of the spacial camera, until few time ago.

Experts have believed that this moon had borned from the accumulation of ice particles that form the rings of Saturn. Now, the the nature of Pan became a matter open to speculations. A similar mystery surrounds one of the two moons of Mars that has an irregular shape and a strange orbit.

Pan, thus like other moon of Saturn named Atlas, measures about 20 kilometers of diameter. This strange moon takes about 14 hours to make a complete rotation.