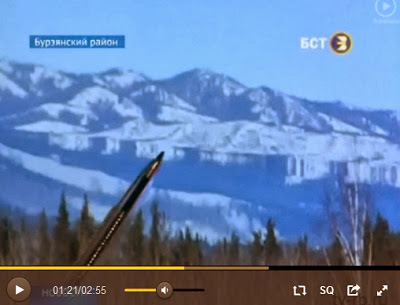 RUSSIA/DECEMBER, 2013. In the Republic of Bashkortostan (Bashkortostan, or even - Baquíria, Bashkortostan Basquiristão), the seventh most populous division (state) of the Russian Federation, in the region of Burzian, dwellers of the 'village Starosubhangulovo - for several hours - saw and photographed a strange phenomenon: the apparition of a 'ghost town.

Darigat Yamalov, was driving with friends when he noticed the buildings - which never stood there before. Then, he stopped the car to watch the  spectral scenery. Yamalov commented: The sky was blue-green ... We could even see a plane, a different plane (a specific model) with double wings..

The librarian, Farida Aitbaeva has described: The streets were visible; houses, roofs, windows open. I believe there is some sort of portal that opens into parallel worlds.

Searching the event for the local newspaper Darigat, the journalist - Tansylu Bagautdinova also witnessed ... a city was hovering above the mountains. 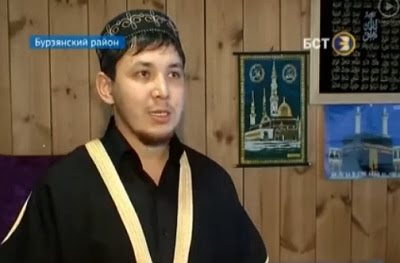 In an interview for the Darigat, a religious leader (Muslim) - Mullah of the local mosque, called Imam-Khatib - Rasul Muhamedyanov conjectured: We can not say exactly what it was but maybe it was one of those 'wonders, a prodigy of end times. It may be something sacred (metaphysical/divine). 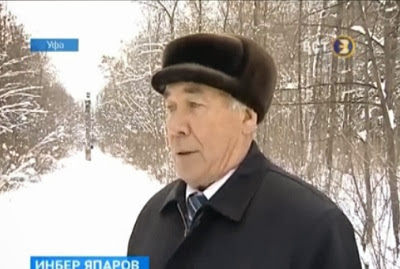 The universitary professor, geographer - Inber Yaparov believes the strange sight was only a mirage. He explains: Mirage is a French word. Means reflex. It may have been a mere reflection of the city of Orenburg (Orenburg, located near the border of Kazakhstan) - with its airports, mosques and homes.

The scientist ensures that these 'projections of  cities - can be seen miles away from their location and reflect what is going on - elsewhere - in real time. Despite these attempts of science to explain the sighting of ghost towns, the phenomenon, that occurs worldwide - remains beeing  a mystery. 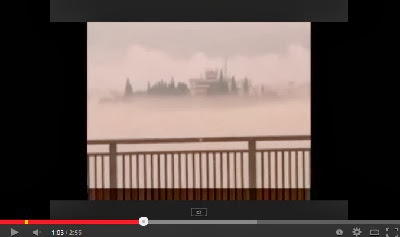 Ghostly apparition of entire city appears over Chinese river... but is it just a mirage?
DAILY MAIL, 26 June 2011
[http://www.dailymail.co.uk/news/article-2008161/Ghostly-mirage-appears-river-Huanshan-City-China.html]