Wasn't a giant monster in the Arctic. It was only a colony of giant worms ...at Arctic 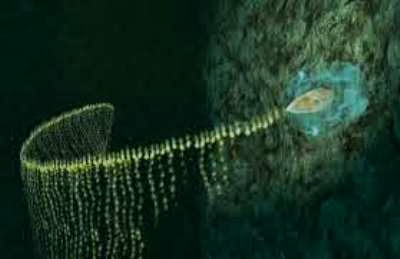 Image merely illustrative
RELATED LINK
February 15, 2014
The mysterious monster from the depths of the Arctic
[http://brazilweirdnews.blogspot.com.br/2014/02/the-mysterious-monster-from-depths-of.html]

RUSSIA. The scientist, head of the Institute of Marine Technology of Russian Academy of Sciences - in Vladivostok, Leonid Naumov - who participated in the expedition which, supposedly, according to rumors in the media, was faced with a monster in deep Arctic waters, denied the information.

However, Naumov confirms the finding of a massive formation of giant worms. There was no confrontation with the researchers and their ship, the worms are horrendous but are peaceful (apparently, didn't have nobody there to try say good morning to the worms).

The colony and its individuals, in fact, are a unknown entity of the marine biology. The pulsating agglomerated, long, configurated also like a vermiform, measured about 8 feet long and two feet in diameter. On the version of the giant monster, Naumov no idea where it came from this version of events.

RELATED LINKFebruary 15, 2014
The mysterious monster from the depths of the Arctic
[http://brazilweirdnews.blogspot.com.br/2014/02/the-mysterious-monster-from-depths-of.html]IN