Swaziland - The Dance of the Virgins For the King 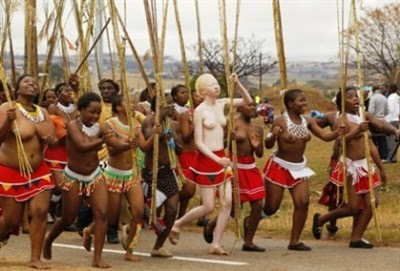 The virgins of Swaziland. Dancing to get a place of queen aside the king.
In YOUTUBE [http://youtu.be/bOSC4GMQzYA]

AFRICA. SWAZILAND. At the small kingdom of Swaziland (17,364 km2), situated in the south of African continent, in august, more than 80 thousands of young women, allegedly virgins, danced half naked, only wearing short skirts and breasts on display to impress the called Ngwenyama (title of king) - King Mswati III, nicknamed "the Lion". It is the Umhlanga or Baile de la Caña (something like The Dance of Bamboo Stick).

The ritual is performed at the royal residence, in Ludzidzini Royal Village. In this time of year, during this party, the king chooses one of these women to be his new bride and future wife - aside of the others - that he already has. They are twelve - currently (2012).

The other wives - they also observe the dancers - the girls candidates to be the wife of each year. Indeed, everyone sees this ceremony because it become a tourist attraction of the country and videos of the annual performances are available on Youtube.

Besides the possibility of becoming queen, young women dance to show their pride in still be virgins. It is a statement of virginity. 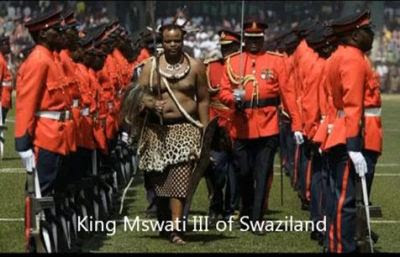 Mswati III, born in april 18 of 1968 - four hours before the country to get independence from Britain - succeeded his father Sobhuza II in 1986. Initially, it was named after Makhosetive. He already had 13 wives but one of them was caught betraying him with the Minister of Justice and both were arrested. 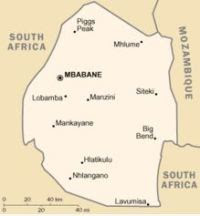 Swaziland is a kingdom very poor. Two-thirds of his subjects, a population of just over one million of inhabitants, are fed by international aid; 34% of the active population is unemployed and more than half live on less than a dollar a day. And - even - Swaziland is considered the African country with the highest percentage of people with AIDS, about 39%.

Nobody knows when or how the tradition of this ceremony began. It has been realized by hundreds of years and is a heritage of the culture of Zulu nation (a nation of african natives). The party is not only for the king choose a new bride.

But, is much more that this. In truth, in its origins, the Umhlanga is in honor to the mother-Queen of the Swaziland also called the great Elephanta or Indovuzaki. At Swaziland, while the king rules the administration, the politics, the Mother-Queen is the spiritual chief of the kingdom.

To be a mother-Queen, the wifes, among the all of them have to reunite certain conditions. She can't belong to the royal family regnant and has to have only one son. This woman, that will be always a wife of the precedent king, is choosed to be the mother Queen by decision of the royal family and never by another system.

Not are all the wives choosed during the Umhlanga. The first two wives are elected by national counselors and must to be of determined clans: one, of the Matsebula; another - of the Motsa clan. These wives have special ritual functions and their sons never will be the heirs of the crown 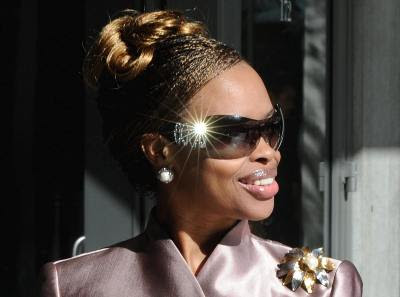 The list of wives of the king Mswati III of Swaziland is very interesting. Contrary to what one might think seeing the girls in the dance of the virgins they are not simpletons women and even less - wild natives.

At least two of them are formed in higher education, in university courses: LaMatsebula, ritual wife, has degree in Psychology. LaMbikiza, born June 16, 1969 as Sibonelo Mngomezulu, is lawyer and is active member in the Swazi Royal Initiative to Combat AIDS (RICA).

LaMotsa, the other ritual wife is Goodwill Ambassador of United Nations Development Programme (UNDP) since 1996. LaNgangaza, born Carol Dlamini, is patron of the world organization "Hospice at Home" previously led by Diana, Princess of Wales.