Chile - The Ghosts of Humberstone 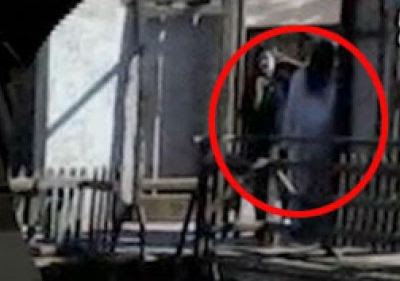 The video of the reportage, vehicled by MEGANOTÍCIAS/CHILE - was posted on the channel TV TERRA/CHILE, on 12/07/2012.

CHILE. It happened in March. Appeared on Chilean television in July. It was disclosed in a virtual newspaper in August (2012).

In a plant of Salt - in Humberstone* -  a historical monument located 48 km from the port city of Iquique, capital of the homonymous province of Chile, a group of students who were in a tour on site - they captured an image of a ghost in a photo by chance. Was a young woman, wearing a white camisole (night-robe), at the entrance of an old house in ruins.

The photo was analyzed by imaging experts. They discovered details such as particularities of light and shadows that prove the authenticity of the record. 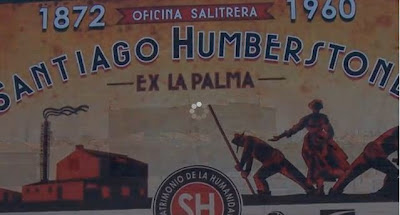 * The plants of salt in Santiago Humberstone and Santa Laura, nowadays - are historic sites administered by the Corporation Museo del Salitre. In 2005, the architetonic conjoints were recognized as National Monuments and Cultural Heritage of Humanity.

The presence of ghosts and other paranormal phenomena occurring are common in Humberstone. In the old chambers of refrigerating of a abadoned market, often - is reported the apparition of a spirit who frequents the place, dressed in a white coat. In the same place, there are testimonies of people who felt a strong odor of meat, although the place be abandoned more already there more than 70 years.

In the theater of Humberstone, a building built in 1882, paranormal researchers succeeded records of sounds from beyond or EVP - Electronic Voice Phenomenon.

The legend of Humberstone also includes the ghost of the old railway station, the spirit of a woman who committed suicide by jumping on the train tracks. A variation of the story says that she threw herself in front of the locomotive to save his son's life was about to be hit. There is also the ghost of the church yard, which appears sitting in the ruins of a terrace in one of the neighboring houses.