The Ghost of the Road 1 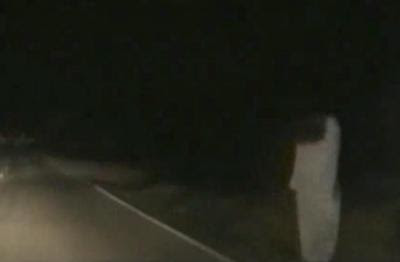 Illustrative image: nobody dared to take a picture of the ghost ... yet.

ARGENTINA. The Provincial Route 1 - the Road 1 - at the area of the outskirts of the city of La Banda, province of Santiago del Estero - it is haunted.

Since April of this year (2012), the ghost of a young woman dressed in white appears at night, and not only is sighted by motorists unaccompanied but scares them even more. She appears sitting in their vehicles - in full motion, always silent, looking for them until disappears when approaching the end of the road.

The apparitions always happen on the same stretch of highway, near an ice cream factory. The ghost is so constant that many people began to choose alternative routes, avoiding going through the Route 1.

The scariest episode happened to a young man who, upon hearing the comments about the "woman in white" of Route 1, decided to check the history in local. Coming in the fatal point of road his car - inexplicably, stoped.

The young man left the vehicle to check the problem but was surprised by a fluorescent light that was approaching him. Immediately, and - confessed - with fear, took refuge in the car. The light disappeared but, looking in the rearview mirror, the boy saw the woman - sitting in the backseat.

Then, he turned the key in the ignition and the engine functioned normally. He accelerated observing her - his passenger without invite, who remained silent and motionless looking to the road side. When he came near the Paraiso neighborhood, the specter disappeared. Exactly how has happened with the other drivers

There is already a version for the presence of this ghost on the road: a few years ago, would have occurred an accident on that stretch of highway, and of course, a young woman died. Some speculate that the ghost is benign.

The woman died because her companion, driving at night, fell asleep at the wheel and this was the cause of the accident in which she lost her life. Now she accompanies motorists to avoid the repetition of the tragedy.

Others think the opposite. The spirit, revolted, aims to be a presence that blames the motorists for their early death.

The case is a national ​​headlines and subject of debates on television programs such as the electronic magazine Alejandro Fantino, which devoted several minutes to the haunting.