The Extraterrestrial Mysteries of Ecuador 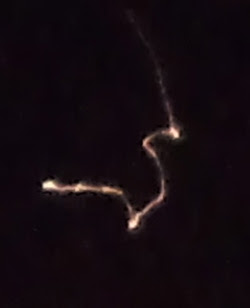 ECUADOR. Chirije is an archaeological and historic site of Ecuador, located in the coastal region of the country distant around 25 minutes (by car) from the city of Bahía de Caráquez or simply Bahia - in the province of Manabi. 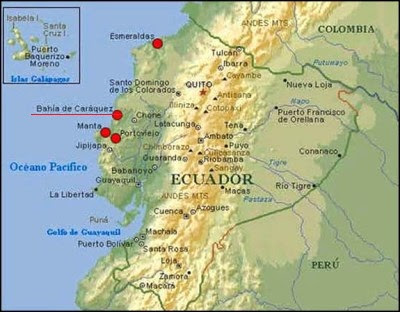 Location of Bahía de Caráquez, coast of Ecuador where it is Chirije.

Surrounded by 239 acres of tropical dry forest and miles of unspoiled beaches - there - lived different and mysterious pre-Columbian peoples. The place was re-discovered in 1950 by the Ecuadorian archeologist Emilio Estrada Victor (1926-1961) - who found the traces of the so called - culture Bahia, a people who had commercial relations with merchant sailors of Mexico and Chile. They traded gold, copper and various other products of the region for ornaments and the precious and mythical shells known like Spondylus .

* Spondylus. Served as instruments of herald, were like trumpets announcing the official passing of the noble rulers of the nations pre-Columbian.
RELATED LINK: The Legend of Naylamp

Figurine found by archeologists in Chirije. The strange character has four fingers. Orthodox researchers - surely - will say that the people of Bahia culture - just - or did not know to count or they were not able nor even of imitate reality of the human hand with five fingers.

Moreover, its historical and archaeological importance and also because of it, Chirije - today is considered a significant point of tourism and observation by those who are interested in UFO sightings and evidence of extraterrestrial presence in antiquity.

In their exploratory expeditions and excavations, archaeologists have found odd pieces that suggest the contact between natives and aliens at Chirije which - there, are called, cosmic brothers. One of these pieces, the best known, is a ceramic artefact that looks like a flying saucer with an astronaut on board. 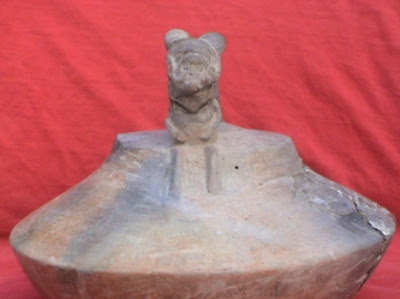 The flying saucer with alien of Chirije.

In regard to UFO sightings, Chirije is considered a place where this kind of occurrences are frequent. Because of this, there is an infrastructure dedicated to the ufologic tourism, such as programed vigils at the Puerta del Sol, a place known as a landing site for spacecrafts.

The Cuban writer Julia Calzadilla Núñez, a researcher of the Spanish language and ancient cultures, post-graduated in Art History, Egyptologist - makes ​​a special study about the presence of UFOs at Chirije.

Calzadilla Núñez concluded that during the historical period called the antiquity and throughout the Middle Ages and Modern Mercantilist Age of the Western, peoples who inhabited the region had contact with aliens, what would explain the frequent sightings of spacecrafts even nowadays. 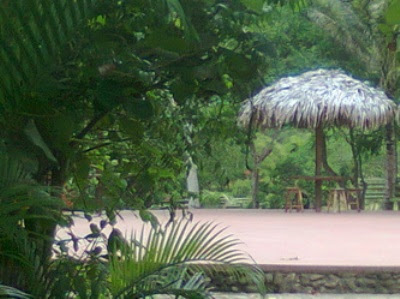 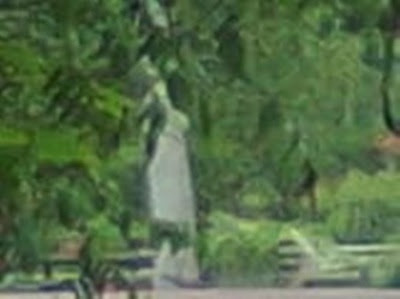 Transcendent being of Nature or an alien. Appearance of a strange being in OVNIPuerto (UFO port), Chirije. Photo: Veronica Duenas Tamariz, 18/01/2011.

However, this creature that appeared out of nowhere in the picture and disappeared in an instant has a profile that resembles the silhouette of the priests of the ancient peoples of Pre-Hispanic America, using a ceremonial clothe. In this case, the apparation may be an echo of the past captured by the camera lens in a fleeting moment.

In addition, a meticulous investigation made by archaeologist Victor Emilio Estrada (quoted above) has established a link between the Japanese and Indian cultures and the nations that dominated the Ancient Ecuador.

This fact raises the question of how could occur this cultural exchange in an epoch when, considering the geographical distance between these nations - any relation would have been something almost impossible.

THE PLASMA UFO IN ECUADOR 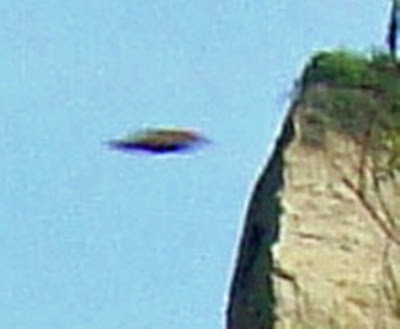 A common UFO in Peñon of Chirije. Photo Andy Salas Macias.
But Chirije is not the only town in Ecuador where occur frequent sightings of UFOs. More strange that the spacecrafts in their classic shapes, spheres, disks, cylinders, are the "luminous bodies", very common in La Mana, for example, in the province of Cotopaxi, also at Ecuador - that are seen performing strange movements in places as diverse as plains or above the mountains. 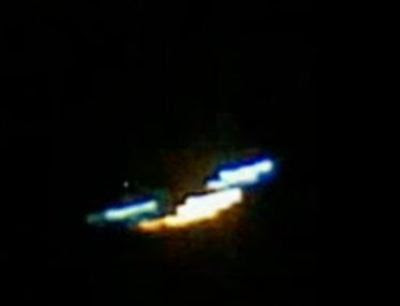 These "light entities", which are called the Plasma Spaceships incandescent have been well documented by photographers and cameramen, be at night or in broad daylight. 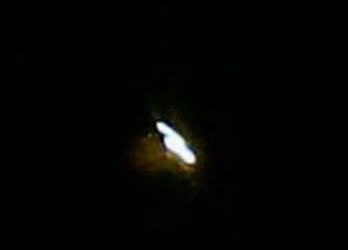 The same UFO of the image above - in other moment of  the footage sequence.

Plasma space ships are mentioned in ancient Sanskrit scriptures where are described its characteristics and its ability to transdimensional movement, allowing them to instantly disappear in front of the observer.

The apparitions of these plasmatic objects of light, moving with extreme speed,metamorphic, because can change their shape, assuming the contours of spheres, spirals or bright lines in few seconds, have been documented notonly in different places of Ecuador, but also in various countries around the world. 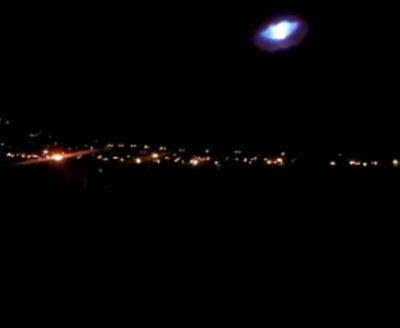 A "plasmatic spaceship" in Guayaquil (or Santiago de Guayaquil), the largest city in Ecuador, capital of the province of Guayas.
Posted in YOUTUBE in 15/03/2012. [http://youtu.be/_80xIDA9uLc]

These Spacecrafts Plasma (also called Plasma-spaceships or plasma beams) - they resemble to the "Plasma Beings" photographed by the russian geophysicist Genrikh Silanov during the researchs of the Hooper Project, which uses special cameras to document the metaphysical reality, invisible to the human optic common perception.

RELATED LINK ABOUT HOOPER PROJECT: The Photographs of an Invisible Reality

This ability metamorphic, however, suggests that these objects emit a strong light, uniformly throughout the extension of its perimeter, from a core and that they may move in an extraordinary speed, producing the visual effect of changing form or instantaneous disappearance.

This behavior does not correspond to what has been observed for decades and recorded in the UFO literature, including photographs and footages.

The fact of that these plasmic UFOs can be clearly seen in day broad demonstrates a high intensity of light emission. Their capacity of instantaneous disappearance, displays an unusual speed, even for an extraterrestrial spacecraft.

These UFOs - perceived as pure light, when disappear from view, not seem to be moving in three dimensional space. What happens is as if, simply, they were capable of transport themselves from a visible point to somewhere not visible, as if they could move themselves between different dimensions of reality.