Others News About Warriors women of South America – Lesbians & Samurais 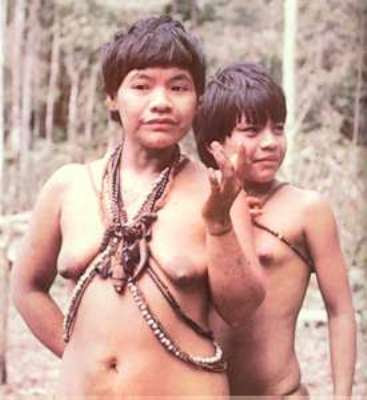 The indigenous samurai women of South America
Others notes of travelers, chroniclers of the time, also registered unusual situations that may have given rise to the myth of the "Amazonas" of South America.
Friar Gaspar de Carvajal (1504-1584), the author of, possibly, first relate of a trip to the New World which mentions the "Amazons", despite this reference to a particular meet with a horde of warrior women, in another part of the same text, observes another type of warriors women. Acordding studies of the researcher Hiram Reis e Silva:

The most formidable ethnicity that has existed in the Middle and Upper Amazon river was, without doubt, of the braves Mundurucus, the Lords of War. These true "samurai" south-Americans trained their offspring from childhood in a rigid military discipline. For the mundurucus, the combat was life's most noble and rewarding activity. In combat, the Mundurucus were accompanied by women who carried their arrows but according ancient reports, these women were able to catch enemy arrows when were still on the air.

The Lesbians assumed indigenous of South America
To conclude this short series on the history and anthropology of the myth of the Amazons, it remains to examine the sociological/sexual phenomenon registered by another chronicler of the time and place. The portuguese historian Pero de Magalhães Gandavo(1540-1580), who lived in Brazil in 1570, writes:
Among indigenous women (South american natives) there are those that determine, themselves, maintain chastity (in relation to men). These women don't have contact with men (in biblical sense).They do not allow harassment, heterosexuality and refuse relations with men even that they be needed resist, killing or dying. These ... imitate men and follow their offices as if they were, realy, men, bring the hair cut the same way that males do, and go to war with their bows and arrows and hunting ... each has a woman with who says is married, and so communicate the couple and they talk about themselves as husband and wife.
SOURCES:
ICAMIABAS.
IN [http://lendasemisteriosdomundo.blogspot.com/2010/06/as-amazonas-icamiabas.html]
REIS E SILVA, Hiram. As Amazonas.
IN Pantanal News, 02/11/2011.
[http://www.pantanalnews.com.br/contents.php?CID=66202]