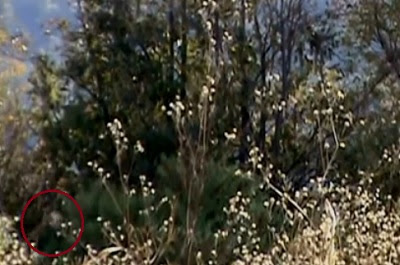 RELATED LINK
September 20, 2013
THE MYSTERY OF... THE ALENIGENAS AT MEXICO
research, footages and photographs with references
[http://brazilweirdnews.blogspot.com.br/2013/09/the-mystery-of-alenigenas-at-mexico.html]

Experienced mountaineers who, for years, have explored the secrets of that mountain, claim to have seen on the slopes, in the crevices and cliffs of the crater, humanoid beings measuring over two meters high, moving on foot, without using any protective clothing even being there to over 4000 meters above sea level.

The well-known climber, Guillermo Vidalles, aka Huracán Vidales, reported that, on more than one occasion rescue operations in that mountain, for example, saw humanoid creatures measuring two meters to two meters tall. They were very thin and climbed up to the crater of the volcano with a superhuman speed.

His footprints are very large, the part corresponding to heel leaves a hole, something that resembles a claw which apparently serves them - like a propussive support - in these dislocations impressive through the snow and ice. Vidalles said: Were not human. Once, we saw one of these individuals climb up the glacier in 10 minutes, a stretch that we [humans] linger about 3-4 hours to go. They have an amazing agility. 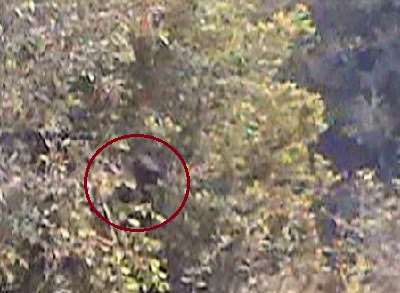 These images, of humanoids creatures transiting nearby of Popocatepetl, were made between days 25, 27 and 28 October 2011.
[http://youtu.be/bsmGYvEh3IA]

The icy slopes and summit of Popocatepetl volcan are, therefore, according to numerous testimonies, the scene of extraordinary events: sightings, dizzying maneuvers UFOs,  apparitions of humanoid creatures (strange beings).

The area where these sightings occur - and many were filmed and photographed in the past decades - in the past, at this place, There were a quarry and a mine sulfur. Some residents of local villages and communities believe that the guts of Popocatepetl hide secrets of these bizarre entities.

Nobody know, exactally what they are or from where they came but , is believed that they are technologically advanced enough to have incomprehensible and bright flying vehicles whose presence and aerial evolutions have become common in the vicinity of the volcano.

Many researchers and laymen, cogitate that these creatures, aliens or intraterrestrials, are similar to the human specie. About what they are making in a so hostile environment as than the crater of a active volcan, this is a mystery.

They can be exploring mineral in the veins of the mountain or, perhaps, beyond the depths of the smoking crater of Popocatepetl, can exist a secret complex of  buildings and infrastructure of a  Base Operations from humanoid origin but which nature and purpose are unknown.

RELATED LINK
September 20, 2013
THE MYSTERY OF... THE ALENIGENAS AT MEXICO
research, footages and photographs with references
[http://brazilweirdnews.blogspot.com.br/2013/09/the-mystery-of-alenigenas-at-mexico.html]