BRAZIL. Creature Not Identified - Mutilated Animals and a Man Attacked 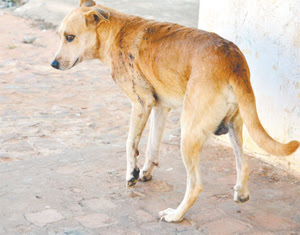 The latest attack happened in the early hours of last Thursday, August 23 (2012). The victim was a dog that despite the injuries, survived - although be much bruised, limping. The owner of the animal - Mrs. Maria Solânea Vitorino - says that the mysterious creature continues prowling her house every night. Its snores can be heard near one of the windows of the residence. Photo: Elizangela Santos

BRAZIL. CEARA state. In the rural community of Sitio Lagoa, located there 5 km from the city of Barbalha, predation unusual by a creature not yet identified is causing panic among the locals - about 3000 inhabitants. The attacks began two months ago in June (2012. Students are afraid to leave to go to school at night.

More than 30 animals have been attacked as a pig, which no one dares eat fearing some kind of contamination. Others, had their viscera removed and even - in some - the blood was completely drained. 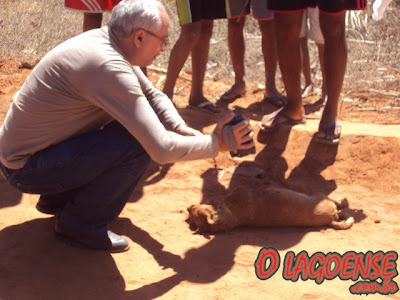 Professor of the Universidade Federal do Ceará (UFC - Federal University of Ceará) and president of the Associação dos Ufólogos Independentes do Brasil (Association of Independent Ufologists of Brazil), José Peixoto Agobar, examining a dog exhumed.

In the third week of this month (August, 2012), some ufologists - as the professor of the Universidade Federal do Ceará (UFC - Federal University of Ceará) and president of the Associação dos Ufólogos Independentes do Brasil (Association of Independent Ufologists of Brazil), José Peixoto Agobar - went to Sitio Lagoa collect images and informations about the occurrences and examine animals that were attacked. The researchers exhumed one of the dogs that died, victim of the supposed alien. 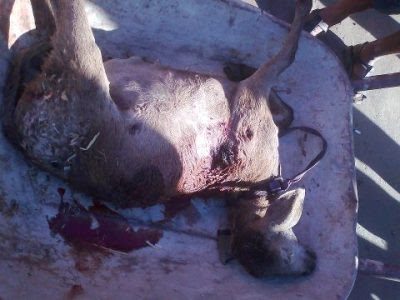 These victims have deep drillings in the neck, like a lamb belonging to farmer José Francisco Oliveira, found dead. The animal's blood was extracted (image above).

This type of attack remember to the action of the chupacabras. In Brazil, the first of such events were documented in 2000. But this is the first time it happens in that region of the state of Ceará - called Cariri.

The ufologists visited places where attacks have occurred, which happen at dawn. On the property of the farmer Cassia dos Santos, the predator attacked a cat, a chicken and a pig. Some people, who managed to glimpse the creature, even in the dark, describe it as a dog, but - with a strange way to walk.

Others said that is an anthropomorphic being with a human face and humanoid limbs, but with the body of an animal. Many also have heard its roar, similar to a roar and said they felt a bad smell nearby.

(In the past, these inhabitants of rural areas in Brazil, no doubt would say that is a werewolf, but werewolves are not in fashion of the folklore of nowadays, unlike the chupacabras, which are folk stars of postmodernity folklore).

The situation is really alarming. Not only animals are targets of the attacks of the creature. The farmer Elisha Ferreira do Nascimento, who lives 50 years ago in Sitio Laguna, said the problem started there not there two months, but six months ago, when a man was caught by the beast in a sugarcane field. This man was found unconscious and still has not recovered from injuries: even today, he no more can to walk.