The ghost of Ana Jansen 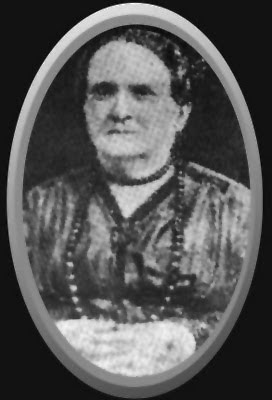 MARANHÃO ─ Ana Joaquina Jansen Pereira [1787-1889], or Mrs. Donana Jansen born and died at Sao Luis city, capital of the state of Maranhão. She was married for twice and twice stood widow. Had twelve daughters and sons, some, fruit of adulteries. Of many ways Mrs. Jansen scandalized the society of her epoch.
She was rich, a enough powerful trader to write her own law. However, she became famous because of another aspect of her biography. Lady of many slaves, she treated her servants with extreme cruelty, subjecting them to the most tortures painful. Many of his victims died during punishment. Some bones of these unfortunates were found in a pit located on the lands of the great Lady.
When she died, with 82 years, in their mansion, located at the Praia Grande [Great beach], her soul didn't found rest. On Friday nights, at midnight, she haunts the streets of São Luis, on board of a chariot pulled by a team of horses ghost, headless. The animals have the necks in flame. The charioteer is also a ghost, a slave beheaded. The chariot is "cursed". It leaves the cemetery of the Gavião to make its macabre tour followed by the sound of laments and screams of the slaves tortured and murdered.
The ghost of Ana Jansen wants prayers to save her soul that, of course, is at Hell. Who is on the streets after midnight can be approached by the lady of the cursed chariot. With her espectral voice she asks prayers. Who refuses to answer the request or try to flee certainly will receive the visit of her, at home, in his own bed. The horrible specter appears and delivers a candle to the person. Then, disappears. The next day, the candle has transformed into a human bone. 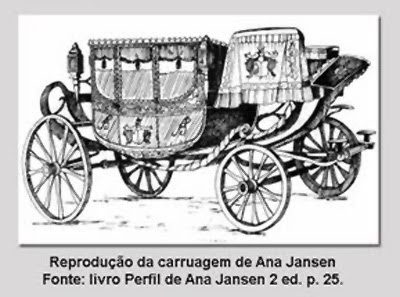