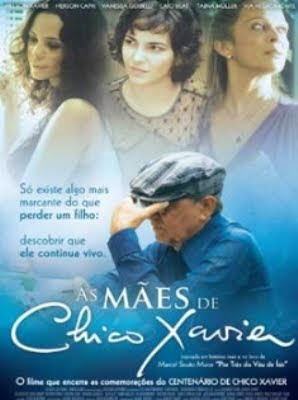 In the brazilian cinema the rise of a new genre of films opens a space in the market and reveals the excelent acceptance and fascination of the the conception about life after death of kardecist spiritism in the imaginary of people.
The phenomenon isn't surprising considering that Brazil is the largest Spiritist kardecist nation of the world. There is in the country a vigourous spiritist literature. The 'beyond', according kardecist spiritism also appears on TV, in soap operas of great success. But, on movies, the popularity obtained by the spiritists produtions is a mark in the history of the brazilian cinema.
The thing began in 2008 when the film "Bezerra de Menezes - O Diário de um Espírito" (Diary of a spirit) debuted and even without any big advertising structure, attracted nearly 500,000 viewers in that year alone. The film, is a biographical account of the life Bezerra de Menezes, a physician and exponent of the spiritist movement Kardecist at Brazil.
From the exit of "Bezerra de Menezes" was born the film producer company Estação da Luz (Light Station). Since then, the company produced two more films: Chico Xavier (2010) and As mães de Chico Xavier (The mothers of Chico Xavier – 2011), both directed by Daniel Filho. But other producers were paying attention in the genre. Also in 2010, it launched the long "Nosso Lar" (Our Home). 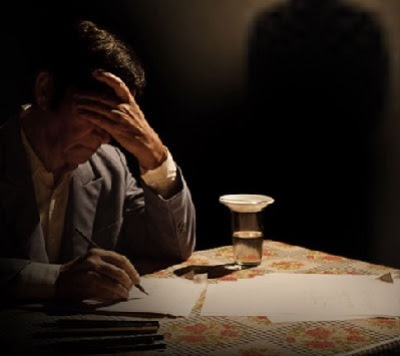 Chico Xavier, a film about the life of the most famous brazilian spiritist medium.
With great stars of the national drama, the film budgeted at around 12 million of reais, Chico Xavier, another biography, takes to the big screen the life of Brazil's most famous medium. In the same year, 2010, "Nosso Lar" arrived the theaters. The most expensive film in Brazil's history, even now, costed 20 million of reais.
Our Home is based in one of the most renowned works of literature psychographed made in Brazil. The eponymous book (that was wrote - or psychographed by Chico Xavier), translated into several other languages, speaks of a place, the Beyond, passing from the shadows of hell of the sinners to the rescue of souls. Our Home is the name of an ethereal city, a kind of spiritual colony where the disembodied spirits are cured from the trauma of physical life.
In his debut, only in the first three days of exhibition, "Our Home" earned 5.7 million of reais and was seen by more than half a million people. 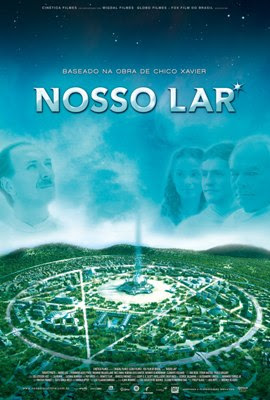 Nosso Lar, (Our Home), 2010. Another film-related to the medium Spiritist Chico Xavier (1910-2002) medium, author of numerous texts of literature psychographed produced in Brazil. The story is inspired in the eponymous book, a best seller of the kardecist spiritist brazilian literature.