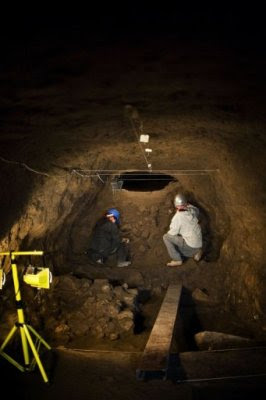 The underground work of the temple of Quetzalcoatl

TEOTIHUACÁN, México — In the archaeological site of Teotihuacan, 40 miles southwest of Mexico City, a team of archaeologists discovered a tunnel that may have much to reveal about one of the most important pre-Columbian civilizations.
The site was discovered by chance in 2003 when the heavy rains that fell in the region have revealed a small crater. But only in 2009, scientists began to excavate the place - with the support of the Institute of Anthropology and History Mexico (INAH).
The researchers believe that the tune could lead to a burial chamber of rulers of Teotihuacan, because none of them, no cemetery or graves have been found to date.
The archaeologist Sergio Gomes says: Teotihuacan means "place of the gods". It was a religious center built as a replica of the universe. The tunnel that we are looking can to be a sort of gateway to the underworld. We believe that this architecture can also to hide a replica of the underworld. 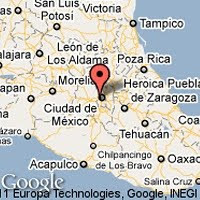 Historians estimate that the city flourished in the early Christian era. Teotihuacan was possibly the most important urban center in North America in his time of splendor. Your maximum population may have been 200 thousand inhabitants. Occupying an area of 25 sq. km, only 5% of the site was explored by scientists. Teoatihuacan was abandoned by the seventh century.
In August 2010, after digging about 12 feet, archaeologists have found what could be the entrance to a tunnel. The hypothesis was correct. The entrance had been blocked deliberately - with stones, and objects parts that may have belonged to a temple destroyed. Were already removed 300 tonnes of materials: small objects made ​​of jade, marine shells, bones.
A small camera-robot, first used in an archaeological research in Mexico, exploited the small entrance. A radar system allowed to evaluate the possible extension of the tunnel, about 120 meters. The hypothesis suggest that in the end of the corridor may exist at least three mortuary chambers containing the remains of some rulers of Teotihuacan.
The idea is based in the location of the site that seems seems extend itself along the underground area of the temple of the "Plumed Serpent" (Quetzalcóatl). The delicacy required for the operation involves a job that should last for years. But it is a start for unravel the great mystery that is the origin and abandonment of the powerful city of Teotihuacan.
SOURCE: NICHOLSON, Sophie. Unos arquéologos buscan en un túnel los secretos de Teotihuacán.
IN Google/AFP, published in 04/07/2011
[http://www.google.com/hostednews/afp/article/ALeqM5iwsL9Xn0J5XPAHRRThKkfkIq8NCg?docId=CNG.d9537645f26505042c24a73e3115be9f.2141]