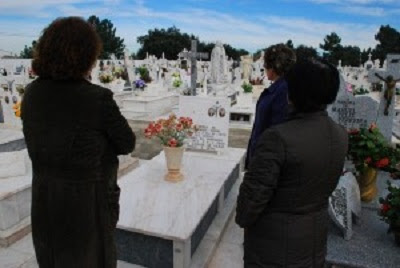 PORTUGAL – In the town of Salvaterra dos Magos, a village of Foros de Salvaterra, in the last nine months, the population has been haunted by black magic. First, objects of evil cults began to appear the doors's houses. They are macabre things like raw viscera of animals accompanied by lighted candles, incenses and cigarettes burned.
There are two weeks that the witchcrafts are appearing in the cemetery of the village, too. Everything indicates that certain rituals are made, realy, because the headstones and graves are being damaged. The losses reach three thousand euros, even now. The authors of vandalism and practitioners of black magic have left animal livers on graves. Closures of marble and other noble stones were broken. Books of mortuary registers and decorative vases were stolen. 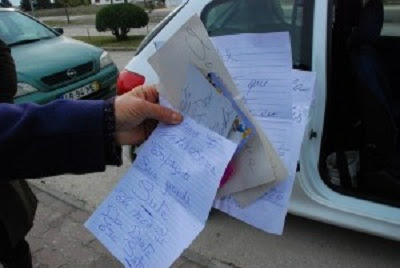 The letters were written for the same hand.

But the horror of this witchcrafts don't stop only in the tradition of the cursed objects. The threats come, too, by telephone, SMS, or even handwritten notes. They are messages that talk about death. The letters are sent to different families. The houses are near one of others but the families don't have blood links. The case is being investigated by the Guarda Nacional Republicana, GNR.