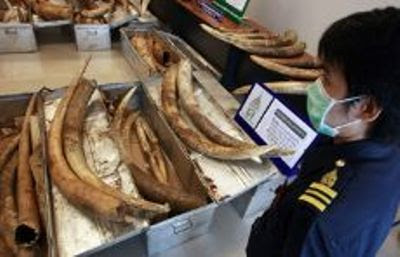 PORTUGAL – At Coimbra town, on Tuesday – 19, two horns of rhinoceros of the eighteenth century were stolen from the Museum of Science, University of Coimbra. Authorities believe the theft was an act of a international gang which operates in the black market, where these horns can reach the price of 80 000 euros.
The robbery happened at the section of zoology at around 17.00 at a closed section of the gallery. Museum director commented: We believe that this is a work of an international gang because thefts similar to this have occurred in other museums. Theft of rhino horns are happening some years ago. They started in South Africa this year, the latest happened in the UK, (in February) in an antiques shop in Essex and in the Museum of Natural History at Rouen in March in France.
The destination of the goods is Asia, where these horns are used in the preparation of aphrodisiacs. But the director of the Museum warns: These horns are impregnated with toxic products used for its conservation. Are poisonous for human consumption.
SOURCE: GERALDES, Helena. Chifres de rinoceronte do século XVIII roubados da Universidade de Coimbra.
IN Público-Ecoesfera/Pt, published in 04/23/2011
[http://ecosfera.publico.clix.pt/noticia.aspx?id=1491053]