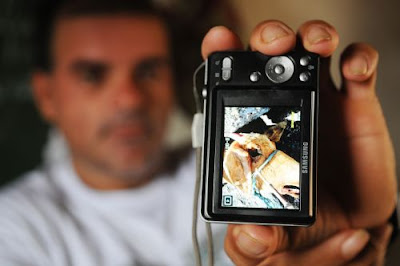 CEARÁ – At Sobral city, district of Barracho, in a place called Desterro, since october, 2010, strange phenomenons have been happened. Tens of domestic animais have been found, along the last months, deads and mutilated. At the same period, the local population has registered sightings of lights at the sky at many other places of the region.
Numerous localities are suffering with the ocurrences: in places like Espinhos e Pizunha, at Cruz city more of forty animals suffered mutilations in only one night. Lambs, goats and even a donkey, all them had their eyes surgically stripped. In some cases the tongue is removed too. At Bela Cruz city the the same happened and, in a weekend, 17 lambs were sacrificed.
At Sobral city, UFO researchers are linking the mutilation and also earthquakes that have been occurred at the area with the activities of UFOs.