WORLD. About four months after the spread of #CHINAVIRUS, civilization in the West and the East, is completely subjugded by "social distancement", the strict quarantine defined by the slogan repeated to exhaustion in social networks, in government announcements, in the guidelines of WHO (World Health Organization). It is an almost hysterical appeal. #STAYATHOME!

In the deserted landscape of sick metropolises or even in small towns, wild animals start take streets. Some in search of food. Others, for the simple perception that the territory is free. The episodes are taking place in Japan, Spain, Italy.

JAPAN. In early March of this 2020 - the Sika deers from Nara entered the city in search of food. Before the closing of borders imposed by the globalist virus these animals were predominantly fed by tourists who supplied them with rice biscuits bought at the kiosks of the Japanese park, their natural habitat reserve. 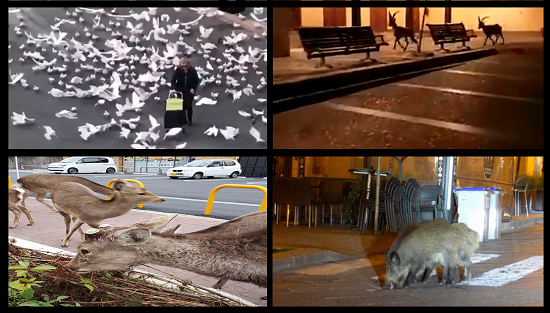 In ITALY, public spaces are being explored by sheeps, horses and even wild boars, as in Amelia, a small Italian commune in the Umbrian region, province of Terni (population of 10,813 inhabitants).

Boars were also filmed at Diagonal avenue and Balmesna Street in Barcelona, SPAIN. Still in Spain, in Benidorm, tourist town located on the east coast of the country, hungry pigeons pursue the rare passersby who dare to cross the sidewalks carrying food.

In the province of Albacete, mountain goats run around the main square of Chinchilla de Monte-Aragón, small town, just over 3,500 inhabitants. 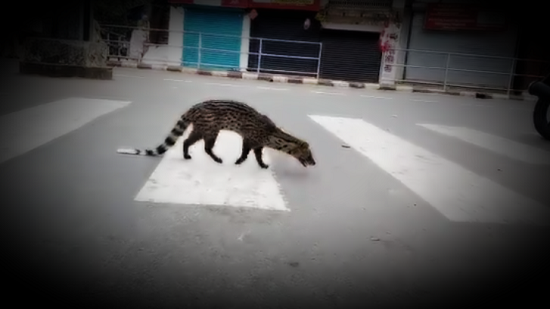 More recently, at INDIA, on March 26, 2020, a Malabar civet (Viverra civettina), native to the coastal region of the southwest of that country,  carnivorous mammal, was spotted roaming the city of Kerala in this global quarantine caused by the #CHINAVIRUS.


It is estimated that the current population of these creatures is about 250 adult individuals. In the early 1990s, isolated populations still survived in less populated areas in southern Malabar but were seriously threatened by destruction and hunting in their habitats.

Some people are guessing that this is a beautiful thing - especially who defend the extinction of the human species for the benefit of those which consider like beeing the only legitimate "planet owners": the so called Mother Nature, the plants, irrational animals.

When the recession be arrive with its millions of unemployed families after the quarantine, what will prevent the desperate to hunt the beautiful gazelles and transform them in a stew boiling  inside a casserole in a dirty alley lit by a barrel on flames?

PILOT OF AIRPLANE HAS CAPTURED UFO IMAGES IN COLOMBIA'S SKY 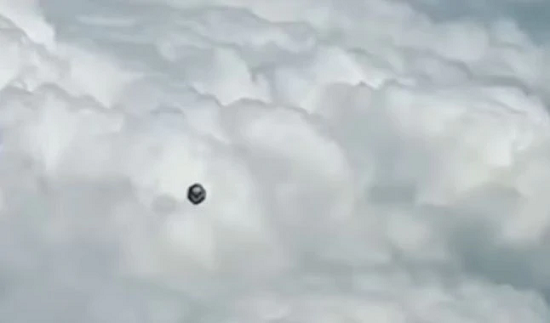 COLOMBIA. MEDELLÍN. The apparition of an object of unknown nature moving itself in the sky was recorded by the pilot of an aircraft at 30,000 feet high (just over 9,000 meters).

The video was captured on January 1, 2020, by César Murillo Pérez, of the Peruvian airline Viva Air. The plane - which was on the Pereira-Cartagena route, flew over the city of Medellin when the UFO appeared. At first, Pérez assumed it was a balloon, but he soon realized that it was a kind of metallic sphere.

In addition, balloons that can reach this altitude have monitoring systems, but the flight deck radar, also filmed by the pilot at the time of the occurrence, did not detect the presence of the object that could be clearly observed between the clouds. 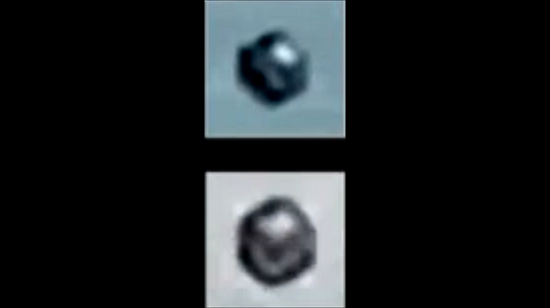 SOUNDTRACK
Serene Acoustic Vibes. Rock/Alternative. Royalty Free Music
(This track is Royalty Free and is free for anyone to use in YouTube videos or other projects, whether monetized or not.)
TeknoAXE's Royalty Free Music CH, May 1, 2019
https://www.youtube.com/watch?v=wYKdkeIw_uI
Postado por BRAZIL WEIRD NEWS às 8:28 PM No comments: 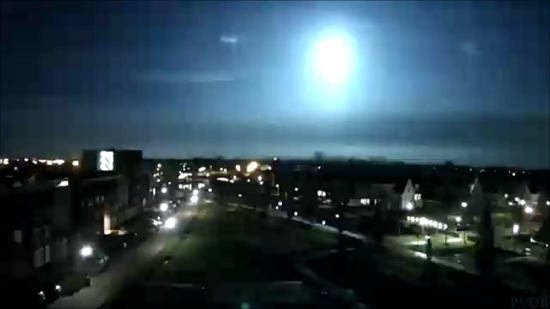 BRAZIL. On Tuesday, February 20, 2020, a huge flash in the sky scared residents of the city of Salvador, capital of the state of Bahia, northeast of Brazil.

The unexpected explosion of that strong light - which shone only few seconds - was enough to scare people. Many netizens commented on what happened and posted videos on social networks.

The astronomer, Fernando Munaretto, told for the G1-News channel that the phenomenon, of unknown origin, may have been caused by the entry of a meteor into atmosphere.

Munaretto commented that these celestial bodies normally disintegrate at the sky but, sometimes solid fragments can fall, without produces noise. Just the luminosity is perceived and that the chances of occurs some accident are very small. 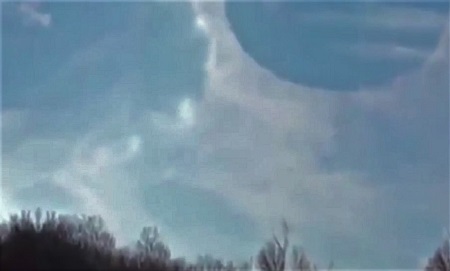 SÃO PAULO. RAPOSO TAVARES, COTIA CITY. The driver encountered this strange phenomenon at Raposo Tavares Highway, bounded by the city of Cotia, state of São Paulo - on August 31, 2017, at 5:30 am. Filmed it all, posted on Facebook. Jeike Channel repostou on Youtube and the platform removed! the content.

MEXICO. STRANGE CREATURES. STRANGE PHENOMENA. PLASMA-LIGHT ENTITY. STATE OF COAHUILA. ON THE ROAD, BETWEEN THE CITIES OF SACRAMENTO AND NADADORES.

On 10 May 2016, around 2 pm, the Secretario del Ayuntamiento Swimmers (scrivener of prefecture) - Israel Guerrero, shared on your Facebook account, the image of a extremely strange light formation.

The sighting happened on the road. Guerrero was not alone in the car - driven, in that occasion, by the Regidor de Educación y Cultura Sport (City Secretary), Gustavo Duarte de la Cruz. The image was recorded with a mobile multimedia communication device - a smartphone.

At that moment, the intention was take a photograph a formation of three big agaves, typical plants of the region (which can be seen  at right of the luminous body).

It was to be a photo of landscape but for a split second he saw something shiny in the frame. Duarte asked to return to the place.

There was nothing there but the record was made. The vision of the bright entity appeared in the photograph. Israel Guerrero said that  was the first time he saw something like this and commented:

'The universe is infinite and I think we don't have the knowledge of all the beings that exist in the world. I do not know what it was, could be something common but I believe in ghosts, anything is possible. I can not prove but I can not rule out possibilities.