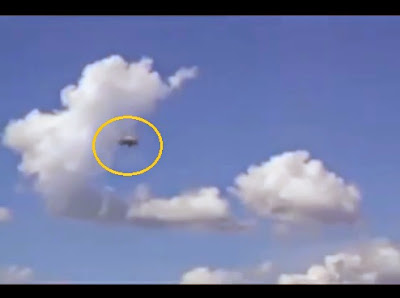 BRAZIL. SÃO PAULO state. ON February 2011. On a road in a stretch amid the cities of Bauru and Lençois Paulista, two guys have obtained the footage of a flying saucer doing strange maneuvers at sky.

They were traveling on the runway when one of them noticed the object's movement between clouds and asked to his friend to stop the vehicle. He would wanted record the images. And did it. 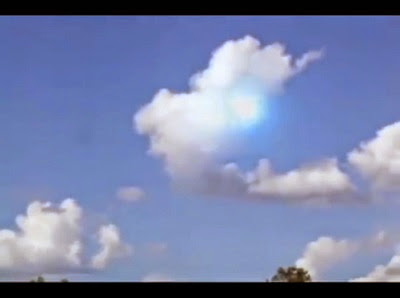 The UFO made pirouettes and appeared to be about to make a forced landing Suddenly, occurred an explosion, visible and audible, in a vast área of the region. 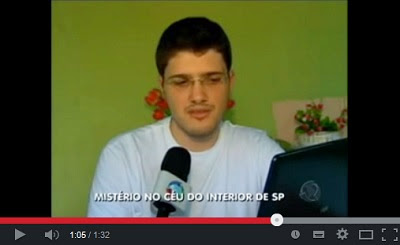 Henry Barduco confirmed that posted the video but said that ignores the identity of the authors. He argues that has received the matter via email.

At the time, the case appeared was theme of a reportage of the news program  RECORD SAO PAULO (Rede Record TV/). Witnesses said when the object fell on  the soil, the ground shook. The quake was proven by scientists and reached three cities in the state of São Paulo.