The Curse of Bankers: The Mystery of Eight Suicides 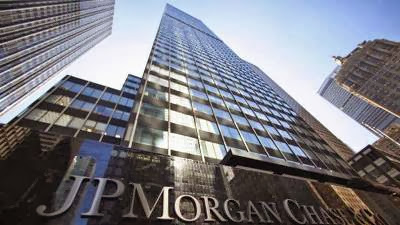 Cursed company... or Conspiracy. Suicides and unsolved deaths. Another banker jumped from headquarters of JP Morgan in Hong Kong. With this, are already eight the executives from the financial sector who die in mysterious circunstances in a short time. There are rumors that 'the curse would be so only the harbinger of an impending global economic crisis. 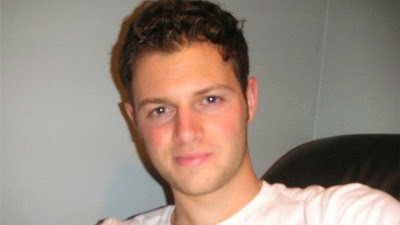 The latest death occurred on March 12, when a 28-year-old financist, Kenneth Bellando, was found on the sidewalk outside on his apartment building, situated at Manhattan. Photo: Kenneth BellandoFacebook personal page
MORE...
[http://brazilweirdnews.blogspot.com.br/2014/03/executivescurse3.html]

RELATED UPDATE
10/03/2014
INDIA. The curse of the businessmen
DEAD. One more Executive of Tata Motors
[http://brazilweirdnews.blogspot.com/2014/03/curseofbankers10314.html]

HONG KONG / CHINA. 18 FEBRUARY 2014. He was identified - in discrete notes in the media  so only as Mr. Lee. He was 33 years old and was a promising executive of JP Morgan Chase Multinational - Bank and Financial.

Happened between 2 and 3 pm (local time): he threw himself from the roof of the 30 floors building, the company headquarters where he worked after  negotiations with police and firemen having failed. He died in the ambulance near the hospital at 2:30 pm.

JP Morgan published an official comunication:  ...is a sad and tragic incident ... that is being investigated by police. Out of respect for those involved, we can not yet comment further.

This case is curious in the context of being one more in a macabre list of tragic deaths, sequential and recent, all of them having personalities of the financial sector as victims and some, linked to the same company. In two weeks and half were eight deaths.

THE FIRST DEATH on January 26, 2014 - The veteran 'senior Deutsche Bank, William Broeksmit, 58 - was found dead in his apartment, in London. The cause of death was determined to be suicide.

THE SECOND VICTIM, January 27, 2014 - Karl Slym, 51, director of Tata Motors. Died  'falling from the 22nd floor of the Shangri-la Hotel room where he was staying with his wife - in Bangkok, Thailand.

Was in a Monday. He had attended a meeting of the Council of the unity of Tata Motors at the country. His body was only found on the following Wednesday, on the mezzanine floor of the fourth floor, a place above the lower floors.

The THIRD SUICIDAL, on January 28, 2014 - of this sinister sequence -  was Gabriel Magee, 39, a vice president of technology department of the bank, in the headquarters London.


On January 29, 2014, Mike Dueker, 50, chief economist at Russell Investments was also found dead. Cause: apparently - suicide. He had jumped from a  ramp, in a bridge nearby Tacoma Narrow in Whashington (USA).

03 FEBRUARY 2014 - Ryan Henry Crane, executive director of the same company in New York,  graduated in Harvard, who had worked for 14 years at JP Morgan, died in unknown circumstances.

Besides these, completing a series of eight deaths, also left the financial scene: Richard Talley, 57, founder of American Title Services in Centennial - State of Colorado - found dead, in early February. He killed himself using an nail gun. A thing of unusual and bizarre .