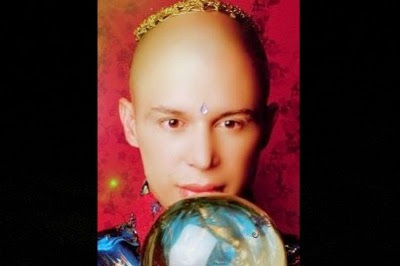 RODRIGO RODRIGUEZ ARDILA  (photo above) became internationally known after having made correct predictions about the death of Michael Jackson in 2009 and also in the case of Amy Winehouse and Whitney Houston.

However, it seems that the seer was sighted in at least one case of death of celebrities: in January 2014 he predicted the death of Lady Gaga for that same year. But Gaga survived the auspice of the Colombian although it has had some health problems - she operated the bowl's bone in February of that year.

This is even understandable, in this case, because the very Lady Gaga is an expression of complex symbolisms, left open the possibility of misunderstanding: I saw her fans (of Lady Gaga) wrapped in something that seemed to be roses and tears. Do not want to alarm anyone, because death can be an artistic representation or something that will happen.


COLOMBIA. The occultist - tarot reader and astrologer - the Colombian Rodrigo Rodriguez predicted the place where would be found the wreckage of flight MH370 Malaysia Airlines.

After analyzing the astral map of the target aircraft, Rodriguez said: I would like to look further south in the ocean, indicating almost precisely that searches should be directed to the Indian Ocean, where - later, the remains of the aircraft were found.

Rodriguez said this when search efforts were still concentrated in the China Sea. On the other hand, reading the mystic of the Tarot cards in a 'game - combination of three blades revealed:


CHART XVI THE HOUSE OF GOD or CATASTROPHE death of all passengers;

CHART XIII THE DEATH: A broader context for renewal of a reality, a complete change related to the specific reason that led the perpetrators to plan the attack.

And more - interviewed by the website of TV  NOTES of journalism, Mexico, on 20 (2014), march, when asked - Realmente, ¿qué crees that pasó con el avión? (What do you believe that realy happened with the plane) - he said:

Look, there is a conjunction of planets (which Rodriguez relates to the episode) - Uranus, Jupiter and Pluto. The effect (or meaning of these combination of astral energies) is something like pure dynamite. So I would say the plane exploded (or was blown). The explanation makes sense in terms of combination of symbols: