UFO stoped for two hours at the Central brazilian sky 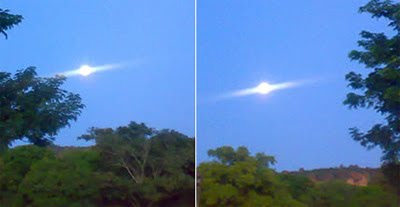 In may, 19, a wednesday, at the Terminal Turístico Salgadeira (Salgadeira turistic station), at Chapada dos Guimarães, far from Cuiabá (capital of Mato Grosso state) around 51 km, a strong light appeared and stood for a long time at the sky between 5:25 pm and 7:56 pm. The light had a form of a horizontal disc very bright.
Many people witnessed the fact. The object was photographed and filmed. Local residents besides scientists and technicians working in ecological projects in this region have seen similar phenomena. The strangest thing is a torch that passes quickly and seems to sibilate between the stone walls and disappears in the woods.
Images: Centro America TV 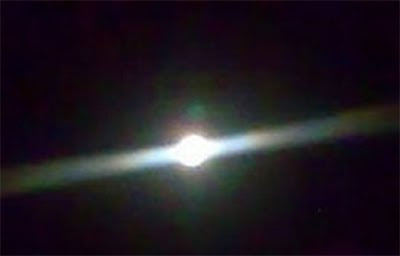