The Legend of The Golden Lagoon 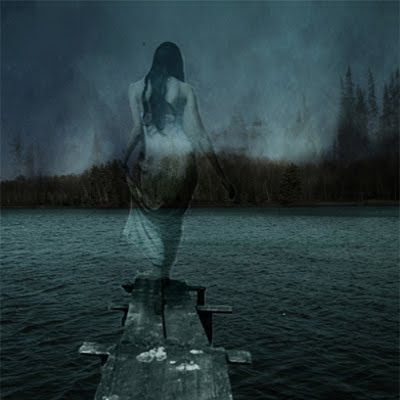 At the community of Pontinha (Minas Gerais state) exists a great lagoon which has more than 3 km of extension. The place is surrounded in legends. The local people tells that where is located the lagoon today, in the past, there was a city named The Blue Land, a city which sunk for its sins. According tradition all happened when a procession was passing. Arriving in front of a tavern, there were many people dancing. The priest requested them to interrupt the party during the passage of the holy image.

But the people refused and continued with the dance. One woman even made fun of the event and sang grotesque verses to face the priest. Without having anything else to do, the procession went ahead. In the church when the priest raised the Blessed, the waters invaded the city that submerged. Since that time, the lagoon received the name of Golden Lagoon of the enchanted waters. 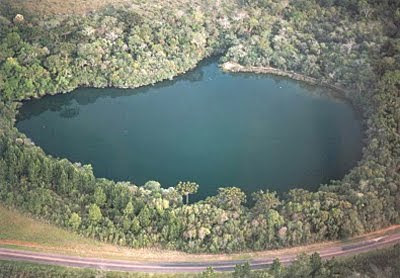 At the center of the lagoon nobody dares to pass. People say that owners of the boats do not go there because they could run the risk that the hulls of their boats shock with the top of tower the old church. Fishermen disappear victims of a mysterious phenomena. Eddies that appear from the nothing in those seemingly calm waters.
In another occasion, two old men died entangled in their fishing net. When they were found, was found that the cause of the death wasn't drowning. They had not swallowed a single drop of water. At the edge of the lagoon, the washerwomen occupy themselves with their work. Suddenly, a pretty young appeared that offered herself take to care of the girl. When the mother finished her work, sought the woman with the girl but she was gone. The washerwoman stood desesperate. However, with the same magic which woman disappeared she appeared again in a strange situation. She emerged of the waters bringing the child in his arms safely.
About The Lagoon, also exist ocurrences of mirages, like a red calf that appears daily at the midday hour. He enters in the waters and goes ahead slowly to disappear from sight. Often, ghostly figures appear to terrorize people that wash objects such as pots, plates, glasses in the Golden Lagoon. They could use this things in their life at underwater tomb.
reference
ANORMINO, Luciana. A lenda da Lagoa Dourada.
IN Escritório de Histórias
[http://www.escritoriodehistorias.com.br/Portals/1/Pontinha.pdf]