The Strange Apparition of the Imbituba Beach 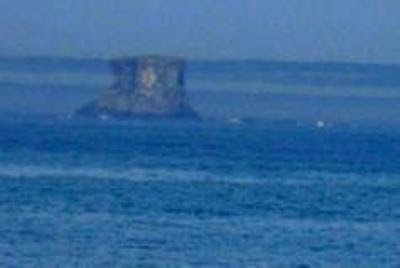 BRAZIL.SANTA CATARINA state. At the city of Imbituba, in the waters of the beach of Vila, an image, obtained by a visitant of the place, Miss Camila Hemília Rucinsky - has intrigued all the persons that see it.

The photograph that was made among 12:00 and 13:00 pm, shows a strange unidentified object emerging from the sea. Looking the photo and without understand what was that, Camila asked a citzen, dweller of the local for 30 years if he already had seen the object in those local. Suprised, the man said that never had seen those strange thing.

As the photos were not sharp, Camila left the local but returned later, around 3:00pm - with the intention of try to get a better picture, using a professional camera. However, the object, although it was too large, had disappeared.

The photo was posted in Facebook. Then, many people tried to explain what had happened and appeared texts saying that something similar had been seen on other beaches.

Some think that it could be an optical illusion, a reflection of the Itacolomi islands, which stays near the beach. Some still believe that the object could be a submarine and others said it could be an extraterrestrial vehicle. 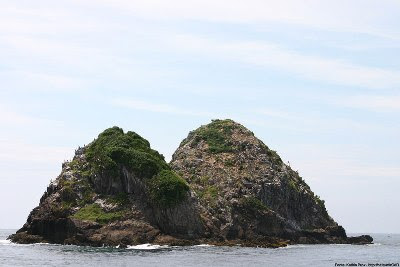 But the fact is that the silhouette of the image does not look anything like the shape of the Itacolomi islands. Before, it seems a kind of vehicle or edification where they can be noted openings like windows.

As a researcher of the supernatural, this editor risks to say that the photo image, by its nature ephemeral and unknown of the local residents, could be a reflection of the past, the fleeting vision of an object belonging to another dimension or even a ghost vehicle.