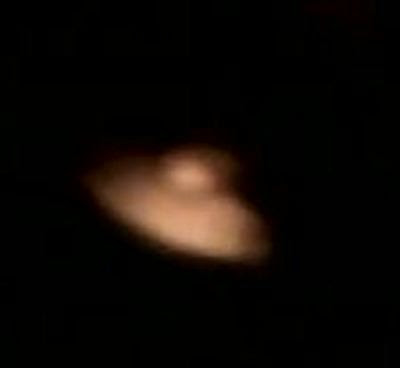 The plasmic UFO of Pentecoste city, Ceara state (northeast region of Brazil). The video shows the reportage of the local channel, affiliate of the Bandeirantes network of Television and midia.
Posted in YOUTUBE in 20/08/2012.
[http://www.youtube.com/watch?v=xwYjpj9REfk&feature=colike]

BRAZIL. CEARÁ state. At the city of Pentecoste, situated there 70 km from Fortaleza, capital of the state, the population is frightened with an luminous plasmic UFO that has appeared in sky of the city already for some nights. The object moves quickly, while change its shape, color, passing from a red ball to a silver disc or a bright yellow beam. 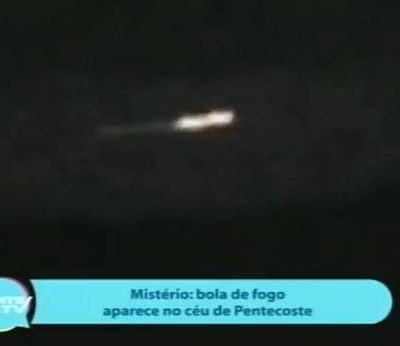 The frequency of sightings is so regular that, having knowing the ocurrences, a team of reportage, traveling to the city, had no difficulty in register the phenomenon. Really, in night fall, as the city's residents have reported, the fireball - as it is being called the object in the newspapers headlines, appeared in the sky allowing to make a footage of several minutes. 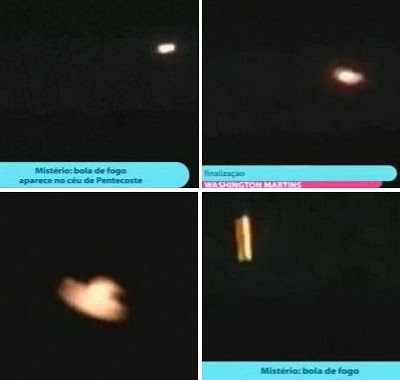