Sorcery and violation of grave 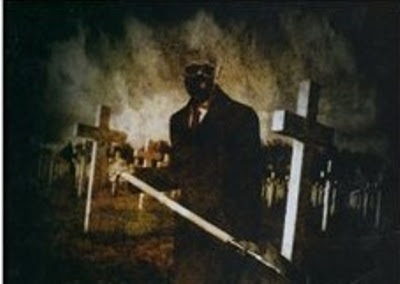 ANGOLA/África – In the hamlet of Kayenga, community of Kamoka, Ukuma city - this april (2011), there was a macabre case of violation of grave. The deceased, the corpse, that belongs to Angelina Ngalula, who died aged 32, was found outside the coffin beside the grave stripped of some internal organs: heart, liver, intestines. The crime came two days after the burial.
The complaint was made Tuesday - (april, 12) by the Soba of the village, Aurelio Viyé. He said that was unaware what were the real reasons for this gruesome act committed in his village by unidentified individuals. But he conjectures: Many say sorcery does not exist but, this that happened in the village of Kayenga means what?
The soba that is a traditional regional authority in Angola said he had never seen anything like it in all its long vida. He was shocked by the case and blamed the villagers by the crime, and repeated: This only can be linked to witchcraft.
SOURCE: Desconhecidos desenterram cadáver na aldeia de Kayenga.
IN Jornal de Angola, published in 04/14/2011
[http://jornaldeangola.sapo.ao/14/15/desconhecidos_desenterram_cadaver_na_aldeia_de_kayenga]