The Mysteries of Pedra Pintada 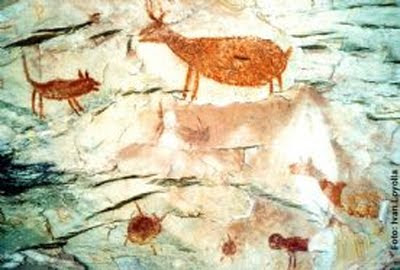 RORAIMA — In the state of Roraima, at the northwest of Brazil, near the border with Venezuela, the existence of pictures and inscriptions made on ancient rocks arouse the mystery on the more remote past, of this region of the globe.
The lithographs, are found over an area of 600 square meters and represent human figures in profile to the Egyptian style, horses, cars with wheels and a system of write that appears to be a unknown alphabet.
Similar inscriptions exist at a place named Pedra de Itamaracá at a region called Xingu, north of Mato Grosso state. This stone of the Xingu is visible only during the dry season when river waters level declines.
The same phenomenon occurs at Negro river, where the low water reveals the secrets of the hidden stones that pass the major part of the time far from the human eyes. These stones has paints and gravings depict men, animals, circles and another signals that resemble to semitic alphabets.
These archaeological findings are completely incompatible with the culture of indians that the settlers found in the New World of sixteenth century. This reinforces the theory that the peoples of antiquity, adventurers from the east, reached the shores of Latin America long before the Mariners-era Great Navigations. 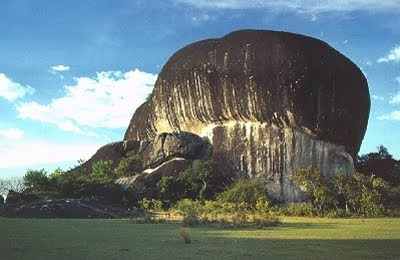