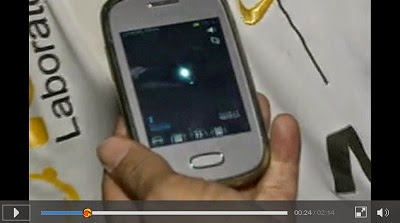 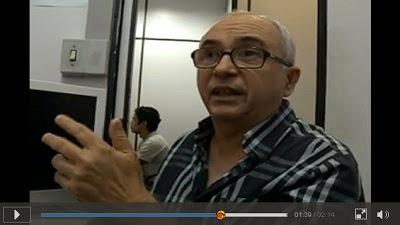 The ufologist and scholar of the Universidade Federal do Ceará (UFC) Agobar Peixoto commented: We have analyzed there more than two years this region ... where appear probes, spheres, luminous objects. ... Agobar Peixoto further explained that the apparition site, an area of ​​rocky relief, is rich in minerals, such as occurs in other places where the UFOs sightings are frequent.


CEARÁ state. IN CANINDÉ city, the Salgado Ingá community is scared with weird lights that have appeared at the sky. The phenomenon have occurred  many times and people are thinking in an UFO invasion because the happenings aren't limited to the apparitions.

With the lights bright, come also a heat that increases when the objects seem to make approach movements. When it happens the families have afraid e nobody has courage to leave home. The population have denounced the situation to media and authorities.

A woman, dweller of Salgado Ingá, tells to Radio Jornal de Canindé: I saw a very strong red torch. I could describe as a UFO, something I've never seen.

She phoned the local radio and reported the fact. Then, she lit a lantern because the surrounding, was very dark but, this moment, the light in the sky began to downloading altitude as if the object were to land.