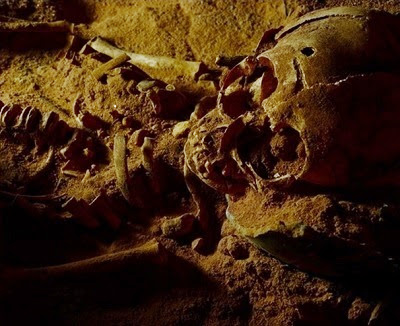 
BRAZIL. STATE OF PIAUÍ. ARCHAEOLOGY/ANTHROPOLOGY.  Researchers from the Museu do Homem Americano (Fumdham, Museum of American Man) found a cemetery with 12 human skeletons with approximately 3,500 years each one. The discovery  occured in one of about 800 archaeological sites of the Parque Nacional da Serra da Capivara, distant 540 km from Teresina city, state capital.

The first discoveries were made in March,  2013-  when a team of archaeologists was preparing another 10 sites for visitation when they perceived the evidence of a skeleton: was boy and could to have about a year, when he was buried (photos).

The bodies were buried in simple graves and funerary urns, and most of the bones belong to children, according to archaeologist Tania Santana. 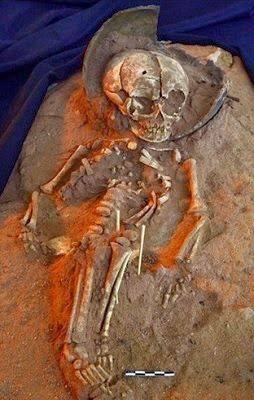 More precisely, the cemetery is located at a place known as 'Toca do Gongo, a place that - since the year of 1970 - already has a history of harboring ancient tombs. So far, there are seven skeletons found in 12 graves.

While the boy's bones has being scrutinized, the other six exemplars, that still are in into urns - will be worked out in laboratory.

The discovery of this cemetery is important  because there are few records of graves at Serra da Capivara. This complicates the study of nations who demonstrably occupied the area along tens of thousands of year.

The new material collected will allow researchers to stablish comparative studies about the different cultures that lived in the park and by this way begin to identify and recognize them. 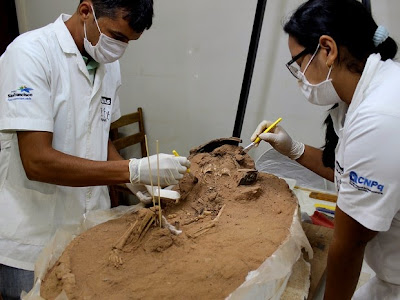 Beside the skeletons, also were found various lithic materials, rocks and minerals that may to have been used in various ways, which were collected and cataloged in the Fumdham's  laboratory.

The Parque Nacional da Capivara is an area which reachs the municipalities of Canto do Buriti, Coronel José Dias, São João do Piauí and, especially, the the territories around São Raimundo Nonato city.

Since the 1970s, studies have confirmed that the man's presence in Serra da Capivara dates of 50,000 years, the oldest records discovered in America even now.