ALIENIGENA. THE GHOSTLY VENUS OF MARS

The image captured by the rover Curiosity was 'discovered, analyzed and its peculiarities were recently released by the website staff Area 51 Zone & UFOS (written in French language).

Even considering the classical explanation of pareidolia - or see what you're used to seeing or a cognitive adaptation effect of a meaningless vision for the observer - this register has many specific features that can not be ignored or considered mere optical illusion.

The figure is as clear as it could be after the rapprochement - the zoom - applied to a panoramic vision. It is a human or humanoid silhouette with female appearance. 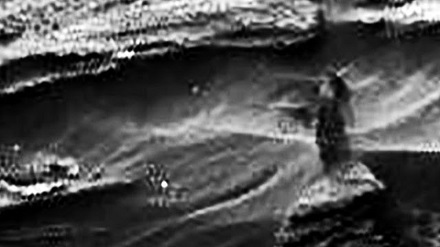 It seems even wear a long dress, has long hair and part of the bust is naked. However, the Venus of Mars, even lonely at that moment does not seem to be a Homeless. Not so far behind her, one can also distinguish a structure similar to a dwelling.

The 'building looks like ruined, desolate. In it can be distinguished a ceiling, columns and two identical doors, placed side by side displaying a Gothic romantic style   in the oval shape of the top of the gantry. It could even be a double gate.

It can not ignore the ethereal aspect of the woman. In fact, if it were an earthly picture some would say the Martian Venus is a ghost who inhabits
ruins of her  mansion in the deserted landscape. 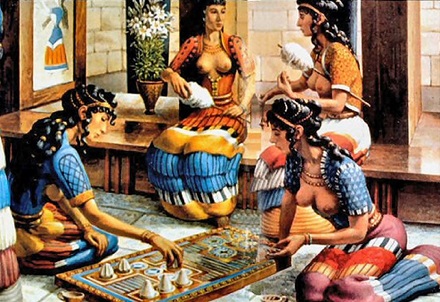 CRETE. Also remarkable is the similarity between the Martian lonely and some representations of the ancient women of Crete, the called Minoan civilization which history is full of mysteries.

These representations are found in frescoes and statues of that nation. Perhaps the best known of these images be the statue called the goddess of snakes.

The page of NASA and specific URL of the photo or where the photo was published  was out of network until deadline of this edition, what prevents us to check the date of registration.

However, being a page marked with the letters "msl" - which means Mars Science Laboratory, is possible know with sure that the photo was taken by Curiosity vehicle.