The phenomenon could be observed at Argentina, Uruguay and Rio Grande do Sul - a federative state of Brazil. The UFO, very luminous seemed have a circular shape and a long tail. It was widely photographed and filmed. 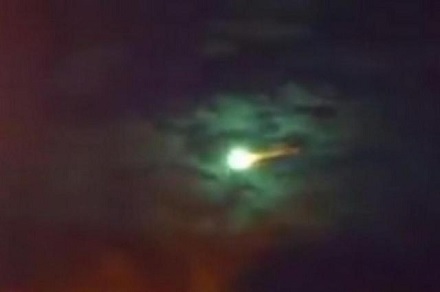 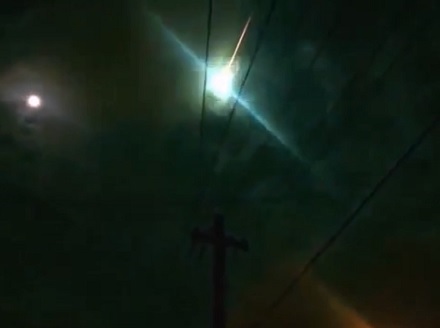 In few minutes, the images and eyewitness accounts had spread over the Internet. At Brazil, there were sightings in Porto Alegre, Rosario do Sul, Novo Hamburgo, Quaraí and the Paranhana area, all cities and site located in the state of Rio Grande do Sul.

On Twitter, the hashtag #CieloVerde (green sky, in spanish)  and the term "UFO" were amid trends from the Buenos Aires region. In some of the video, the object is accompanied by ten seconds or more. Even behind the clouds, its strong light is visible.

But - the experts already have an explanation. The same as always. It was just a meteor or the fall of a piece of any space junk.

The day that one of these space junks fall on the head of one of this specialist - then, maybe - the specialists will begin to realize that lately many, even many - brilliant things are  falling from the sky.

The astrophysicist at the Planetarium at UFRGS (Federal University of Rio Grande do Sul) - Gilberto Klar Renner believes that the fireball was a meteor or meteorite.

But Renner said that the phenomenon was unusual. Even being a meteor: It's a little different, brighter. It is a special meteor, something out of the ordinary. Not a typical sighting.