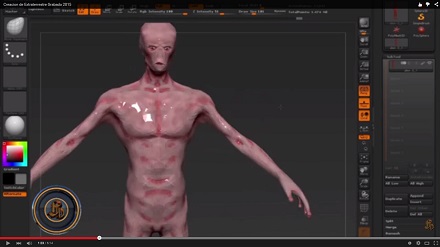 The "alienigena" during the creation
WATCH. THE COMPLETE FOOTAGE, FROM CREATION TO THE SCENE
Creacion de Extraterrestre Grabado 2015
JJPD Producciones CH, Published on Jul 21, 2015
[https://www.youtube.com/watch?v=oMn_UCQUEds]

I COMMITTED A MISTAKE - AND NOW, I'M CORRECTING. There few days, this blog published a reportage about the sighting and footage of a supposed alienigena, that was naked, a supposed humanoid filmed on a roof of a ranch at the outskirts of  Nuevo Laredo city - Tamaulipas state - Mexico.


The video was released by the local journal of Nuevo Laredo,  EL MAÑANA like a true footage made for an amateur.

What happens was that EL MAÑANA did copy and used the film found in the YouTube and invented a history about the personage. Something very wrong in the sphere of the journalism. 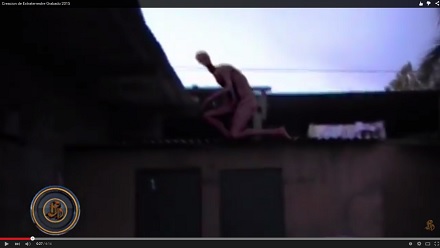 The fact is: the video was produced by the talent of a young guy - Jose Joaquim Perez - that has the hability of creates fantastic realities with brain and fingers working in a computer.

He is the owner of the YouTube channel JJPD Producciones and, when he watched the video without his credits, he stood very angry, with reason.


But, all has a good side. The JJPD Producciones released - now - the full footage revealing all the genial process of creation of that images that caused the big polemic. Almost a fight!

This blog wants that JJPD Producciones makes much more works like the Alienigena on the Roof, a CGI Creation - joking with our imagination, fascinating for us, surprising us with more of its magic.  Be sure to visit JJPD Producciones channel, it promises great funny, creepy, happy moments full of exciting sensations.
Postado por SOFA DA SALA REVISTA às 4:33 PM