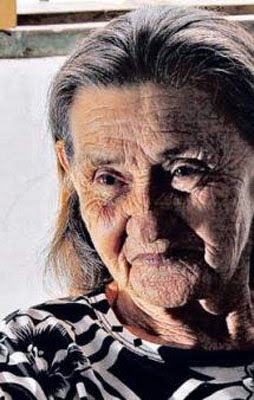 PARÁ ─ Month of may, 2009. Belém town, Pará state capital. In Icoaraci neighborhood, Batista family lives in fear. All mattresses of all beds in the house burned at the same time. They were ten people. Lived at Juvencio Sarmento street, during three years they tried resist the nightmare.
Rita Batista tells: The strange things begin at night. We were returning from church when a fire apperead. The objects burned fast, suddenly extinguished but the fire reappeared elsewhere. We spent the night trying to extinguish the flames everywhere. At about six in the morning we put all the furniture in front of the house. A guard came and said everything was burning. We lost eight mattresses that day, and all the clothes.
The phenomena began to repeat. Were at least four months during which the fire appeared 'from nowhere'. The neighbor, Raimundo Nonato, witnessed the events: The fire burned up the bricks of the house. three priests of Marituba were called to resolve the case. It did not help. Unlike this, one of the priests felt sick and fainted. Tired of the ghost of fire, the family relocated, changed address.
However, the phenomenon has not ceased completely and occasionally, the spontaneous fire comes back. This may mean, in terms of diagnosis, that the phenomenon is not due to action of a common spirit. Probably, this is a poltergeist, an complex entity that does not bind to places; but connected to people.
Novena against rain of stones
At Para state, yet, other similar phenomena have been recorded, like at Mãe do Rio [River's Mother] district with Santos' family. In the house of Leda Maria de Souza Santos [67 years in 2009], stones flew from one side to another when her husband, Edvaldo or daughter, Emily, were around. The solution was religious. Leda invited some missionaries to visit the house and promoted novena [prayers] sessions at home. There were nine nights. Stones stopped bother and not returned.
Pensioner faced ghost
In the same district, Mãe do Rio, pensioner Alzira de Melo Gonçalves [76 years, 2009] lived a similar situation: One day we wake up with things all over the floor, including money: We believe that a thief had entered, but took nothing. That thief spreads all and not steal anything?
It was only the beginning. Stones seemed hit the walls and roof. Bottles fell off the table and voices were heard. One day, Mrs. Gonçalves was visiting a friend leaving her three children at home. Not long after, the three appeared breathless and frightened saying that visagens [ghosts] were doing a carnival in the house.
Determined, Mrs. Gonçalves returned home ready to have a serious talk with ghosts: from live to dead! She said: I'm talking with you. I don't know you but I want you stop it now. I do not deserve it. If is the devil, is good that you know: I'm not afraid because I'm with God. And if it is to kill me, can kill me, but let my children out of it. After that, she had no problems anymore.
Source: CARDOSO, Octavio. Fenômenos paranormais assustam famílias em Belém
In Diario do Para ─ published in 27/september/2009
[http://www.diariodopara.com.br/noticiafullv2.php?idnot=62131]