UFO Observed in The Amazon Region

Rio Branco, ACRE ─ Friday, october 24. The TV Gazeta's team observed and filmed a UFO at the km 40 of the Transacreana road. The team of the TV was returning to the station after make a story for television news when the object was sighted in the sky. The object had an oval shape and stayed visible on the horizon about half an hour. Jailson Fernandes, cameraman, recorded images.
The UFO moved itself toward to the TV team and passed almost near 100 meters. After, it swerved in direction of the forest. The acreano ufologist, academic Marcos José de Souza, 27 years, examined and talked about the images: These are the best images obtained of this type of phenomenon here, at Acre state. Maybe, some of the best UFO images of the world. 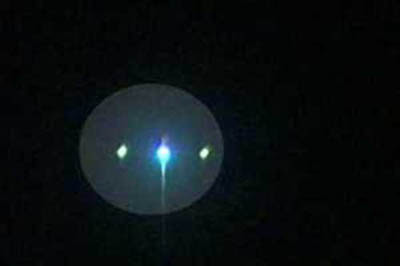